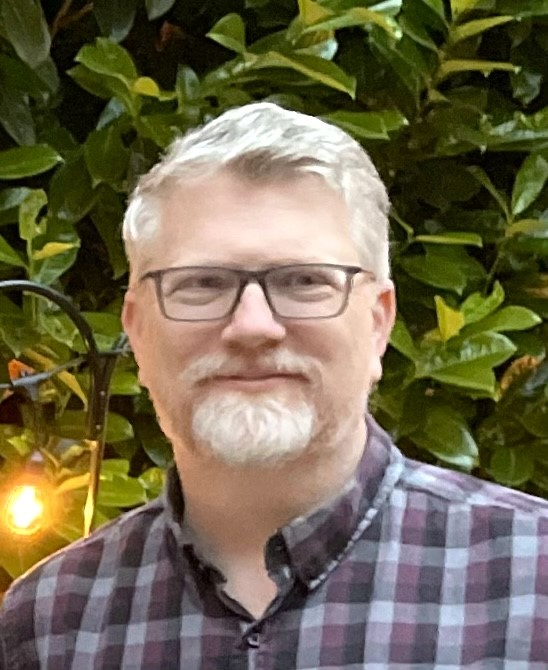 Starting out in the design and marketing field, notably as an Art Director at Wizards of the Coast, James shifted his focus from art-team leadership to full-time production management. First as a studio head for a mobile game studio, and then later as a producer at AAA video game studios.

James worked with Douglas Horn at Goodblock from the very earliest days of the company, where he helped grow the team by hiring and managing employees working on blockchain products. Then James helped manage the launch of Telos, organizing teams and working on several aspects of the launch, including the first BP approval process, to make sure the first Telos BPs were compliant before starting up the network.

Since being called back into the video game industry, James has once again been doing production management for small to large teams, most recently as Lead Producer. Having worked on production, design, and marketing for many large brands: Disney, Marvel, Apple, Halo, Forza Motorsports, James has the professional experience to bring Telos to the next level of mass-market adoption, and he would appreciate your vote for his candidacy for Board of Directors.