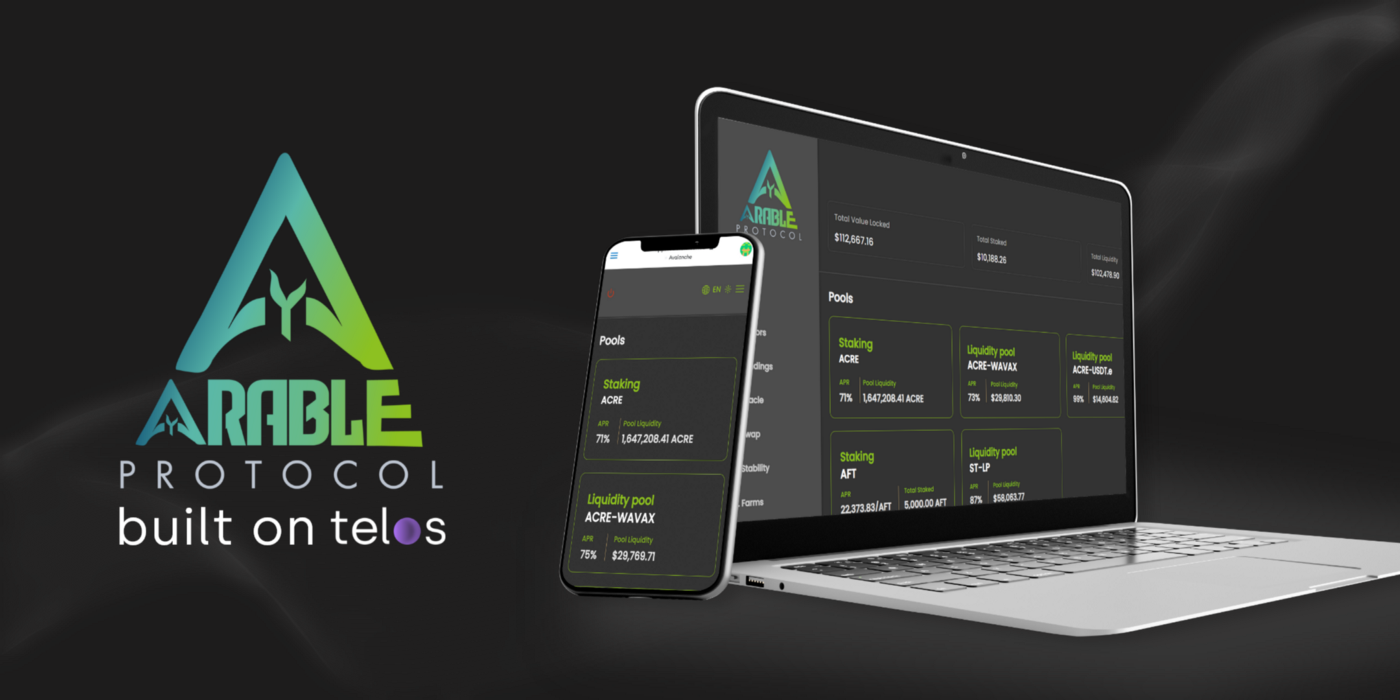 Yield farming has caught the attention of millions in the DeFi space, evident by the large number of yield farming platforms that have cropped up in recent years. However, managing your assets across many yield farming opportunities on different chains can be time-consuming and confusing for many users.

With Arable, the latest project built on Telos, you have access to any farm on any chain, simplified on one platform, so you don’t have to deal with the hassle of cross-chain farming. Arable Protocol is a DeFi platform that focuses on synthetic farming and trading. It makes multi-chain farming accessible, affordable, and simple for all users.

Both seasoned and novice farmers can easily stake yield farms from various chains thanks to a user interface that is straightforward and effective. Arable Protocol is based around a synthetic ecosystem and creates liquidity through minting the stable asset arUSD. Users can exchange between different LP tokens and synthetic cryptocurrencies using arUSD. They can also farm on synthetic yield farms that follow the APR of their native chain counterparts.

Say goodbye to wrapping assets, costly cross-chain bridging, high swapping fees, and slippage; Instead, give a warm Telos welcome to Arable, the future of cross-chain farming.

This partnership between Arable and the Telos community will not only lead to increased visibility of each other’s communities, but Telos will also have the most advanced version of a synthetic asset protocol which supports synthetic trading and farming. As a result, Telos users will soon be able to trade Cosmos, Polkadot, Solana assets and others, as well as stake and farm their assets with the same yield and an improved user experience.

Furthermore, we are planning an airdrop of ACRE, our native token, for the Telos community to commemorate the start of this dynamic partnership.

Telos is a lightning-fast EVM-compatible blockchain with one of the fastest-growing communities in Web3. This high-powered network meets the demands of cutting-edge dApps such as Arable.

The Telos network can easily support 10,000 transactions per second and offers near-zero transaction costs, which means that Telos users enjoy immediate transaction finality and meager fees. Moreover, Telos strives to empower developers with a suite of tools, compatibility, and an industry-leading support team.