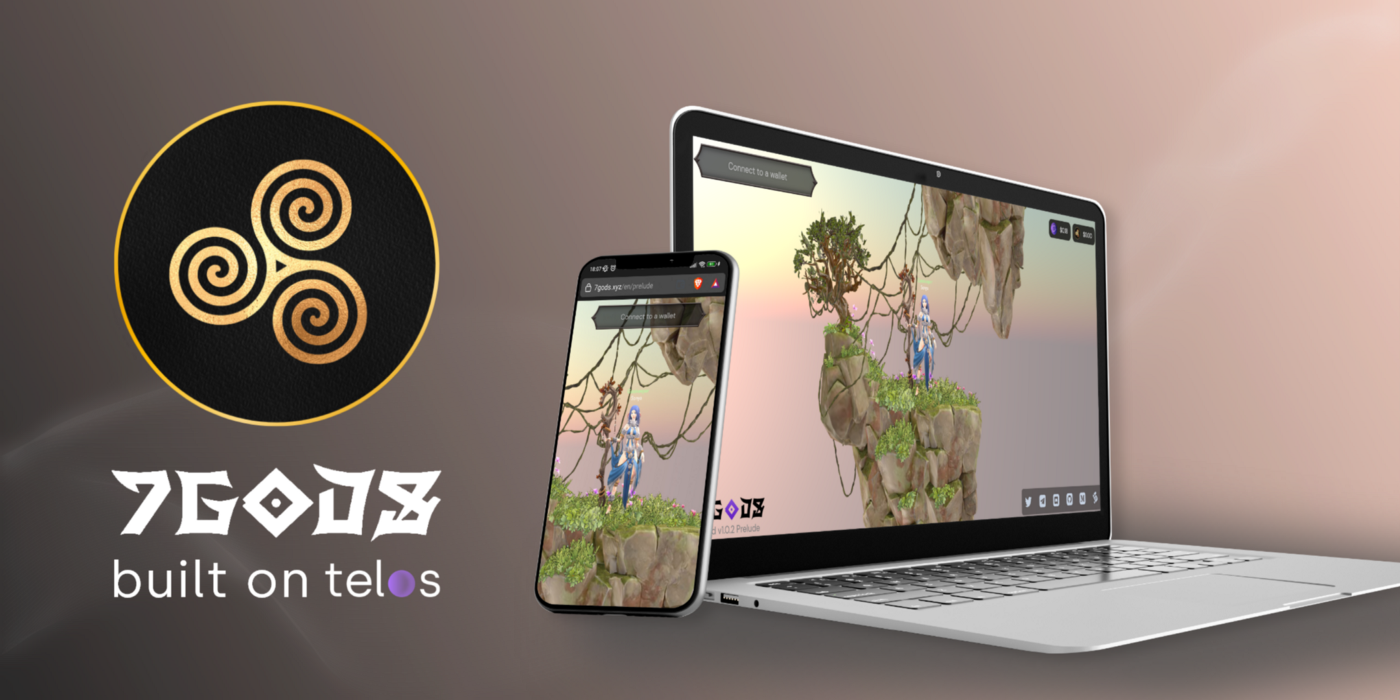 With great pleasure, we welcome 7GODS as the latest project to be built on Telos. 7GODS: Prelude is a DeFi play-to-earn game that takes players on an epic adventure throughout the realm of Annrion. Players will embark on quests, explore the world around them, interact with other players and NPCs, and compete for rewards.

An Open World of Possibilities

7GODS is an open-world game, which does not pose the same limitations and boundaries typically found in many traditional games. This key feature has been a driving force behind the rise in popularity of blockchain games, a sector that attracted much attention from NFT gamers and traditional gamers alike. Players can earn rewards or in-game assets, which include battling for virtual land, NFT weapons and items, and 7GODS native token ARCANA.

While the game has yet to fully launch, aspiring Annrion conquerors can get a glimpse of the mystical world that awaits them by visiting the 7GODS website.

We sat down with the 7GODS team to ask them some important questions. Here are the key points from that conversation:

The gaming industry has become one of the main drivers of blockchain adoption among the general public. 7GODS will offer a solid ecosystem for gamers, farmers, and crypto users in general. We intend to educate and bring non-crypto users to 7GODS and Telos network. Furthermore, the Telos Community will enjoy a decentralized farming, trading, and gaming environment!

It’s simple: Blazing fast block speed, no front running, and high TPS! Telos is going to be a perfect home for 7GODS!