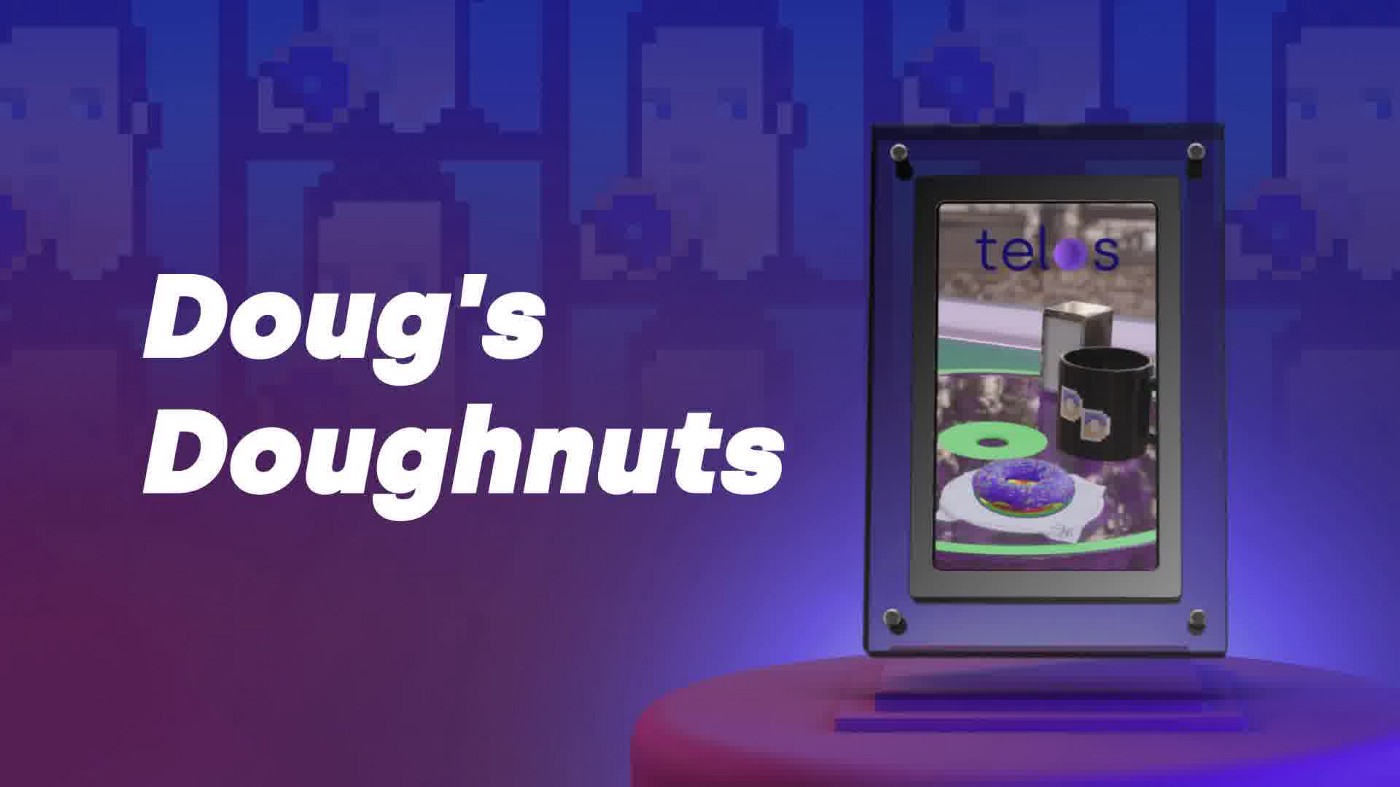 The Telos NFT ecosystem continues its rapid expansion as we welcome our latest collection that will undoubtedly resonate with those with an affinity for 3D digital assets and a sweet tooth.

Doug’s Doughnuts is a revival of the collection created on Telos native last year, which features 1300 delectable 3D doughnut NFTs up for mint on Telos EVM. This series of NFTs will bring an array of opportunities for those who participate in the mint, which includes giveaways (TLOS, NFTs, and merch) and airdrops to holders of the original Doug’s NFTs on native. Furthermore, holders of the 3D rendered versions can also look forward to a Doug’s Doughnuts location opening in a Telos Metaverse!

Participating in the Doug’s Doughnuts mint? Keep an eye out for these potential prize drops that will take place while Doug is busy whipping up some tasty NFT treats:

You’ll notice that 13 is a common theme in Doug’s Doughnuts, no coincidence. Doug intends to flip the narrative on the “unlucky” stigma the number 13 has and turn it into a number associated with good fortune.

We were delighted to have a chat with YOGI3DNFT, the creator of Doug’s Doughnuts about this collection. Here’s a snippet of that conversation:

The revival of Doug’s Doughnuts is the first 3D EVM mint on Telos and is a prequel to the V.3 series that will feature animated 3D NFTs. Like many others on Telos, this collection centers around giving back to the community. Profits are secondary to creating a culture on Telos, and the more the mint progresses, the more we will reward participants.

We aim to have the project continuously evolve according to the community’s wishes. So, we’re always keeping things fresh, just like Dough’s freshly made (a.k.a. minted) doughnuts are.

The question, for me, is not “why Telos”; it’s why any other chain when Telos exists.

Where can users find more info on Doug’s Doughnuts?

You are all welcome to come on down to Doug’s and fry up a Doughnut (or two) at www.mintdougsdoughnuts.shop and don’t forget to join the conversation with other digital doughnut fans on our Telegram channel: https://t.me/DougsDoughnuts

You can also reach out to me personally for questions regarding this NFT collection via Discord at the user handle: HanSkybakka#6835