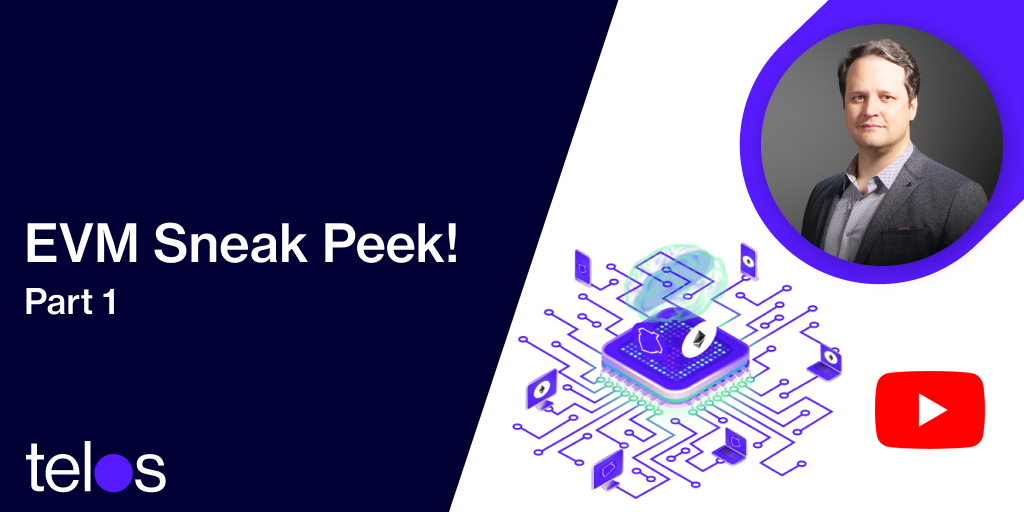 Douglas Horn from GoodBlock sat down with Jesse Schulman, Project Technical Lead for the Telos Ethereum Virtual Machine and the two of them gave us an exciting sneak peek at what’s to come from this groundbreaking project !

The first in depth look that the much-anticipated Telos Ethereum Virtual Machine (EVM) has finally been released and we’re extremely excited to share it with the community! In the first part of this video series, Douglas Horn and Jesse Schulman fill us in on what they’ve been working on and explain why the Telos EVM is going to revolutionize DeFi and many other aspects of the blockchain industry. Don’t have time to watch the whole video? Don’t worry! We’re going to cover all the highlights from the video right here! https://www.youtube.com/watch?v=0Cm2HN4h3qY

What Is Telos EVM?

What is Front Running and Why is it a Problem?

The fact that it is impossible for Telos EVM users to take part in front running will give this project a massive edge over the competition. Essentially, this is when aggressive users find methods to cut in line, usually by paying higher gas fees than others. This creates a poor user experience, with high fees and an unfair advantage to certain users.

All these highlights are just some of the exciting developments that are in progress on the Telos EVM. This breakdown only covers Part One of a three-part series that was just released by Good Block. We’ll be breaking down the other videos soon, but in the meantime, you can check out the video for Part Two and Part Three already!

Be sure to follow us on all of our social channels to stay in the loop on the latest news and developments from within the Telos community.