Fueling the Expansion of Telos DeFi 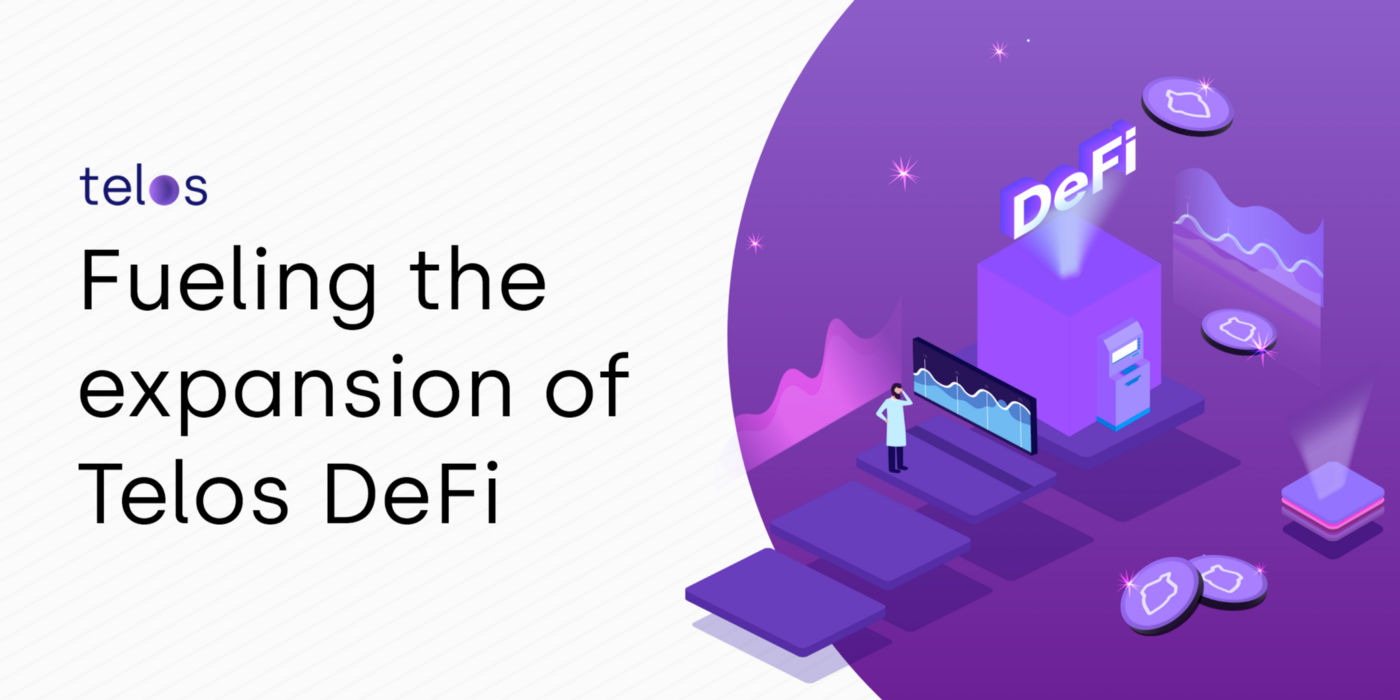 Telos has the core properties for explosive DeFi growth; it’s time for the community to come together to hit the launch button.

Telos has seen tremendous growth since its debut over three years ago and the introduction of the tEVM nearly one year ago. Hundreds of projects have launched on the network, and we’ve seen initial successes in DeFi, NFTs, GameFi, Social Apps and other ecosystems.

This overview will outline key initiatives that Telos will implement to optimize its DeFi ecosystem and boost locked TVL to not before seen levels — in turn, supporting the rapid growth of the Telos dApp ecosystem broadly.

The value of a DeFi ecosystem is in its liquidity. As we have seen in other successful blockchain networks, incentivising liquidity has proven to be the key to improving composability and attracting sufficient TVL, liquidity and value to an ecosystem.

Avalanche is one such example of the benefit of DeFi incentives to their TVL and DeFi activity. After announcing their Avalanche Rush campaign on August 18, 2021, the network experienced a major spike in TVL, liquidity and DeFi apps deploying within their ecosystem. The demand for tokens also positively impacted the AVAX token price and the general health of their ecosystem.

The above image shows the rapid expansion of AVAX TVL after the announcement and implementation of Avalanche Rush in August 2021. TVL is an important indicator of liquidity and DeFi growth. There is also a strong correlation between TVL and Market Cap.

Telos has not offered any form of liquidity-based incentives to our users. We believe there is an opportunity to leverage such an incentive scheme to increase our exposure to the broader DeFi user community greatly.

Composability is the ability to have a system whose functionality can be combined with other systems to create something new and unique. In terms of DeFi, this means that users should be able to interact with numerous financial building blocks, each with their own unique set of functionalities, and combine them to create new tools for their needs.

We are committed to creating a comprehensive, robust, competitive environment for DeFi to thrive. Our goal is to provide access to the best possible products and services available in the space.

TelosEVM currently has several high-quality AMMs (e.g. Sushi, Elk, Omnidex, Zappy), lending protocols (e.g. OmniLend) and other DeFi offerings (e.g Uno Re Insurance). However, we lack several components that are essential for a complete environment. Some of these missing pieces include Gnosis Safe, liquid lending pools, yield aggregators and stablecoins, to name just a few.

There are many tools spanning DeFi, but they rely on each other to be effective. As part of our DeFi campaign, we have identified several missing pieces of the DeFi ecosystem and are in advanced discussions to onboard many of these critical missing pieces over the next several months.

Telos plans to expand its DeFi ecosystem in a multi-phase approach, and TEDP3 is a key first step in our progression. This process will enable Telos to unlock a robust DeFi ecosystem over the next several months that will continue to grow and thrive in the years to come.

Since the launch of our EVM in November, the Telos team has worked tirelessly to build out a robust dApp ecosystem, much of which is focused on DeFi today. Additionally, it has been a top priority for the team to onboard centralized exchanges and other fiat on/off ramps so users have easy access to Telos. Lastly, with the crypto world moving more and more to a multichain future, we have added multiple bridge and router solutions to help users from other chains find their way easily onto Telos. Below is the current state of our DeFi landscape:

With a strong foundation to build on and with the proper incentive scheme, we are well placed to see rapid growth in our DeFi environment.

Telos Fuel Liquidity Incentive Program (TFLIP) is Telos’ most ambitious program Telos has launched to date and the first DeFi-focused program the blockchain has implemented. The program will reward DeFi protocols for achieving target metrics like TVL, giving them the funds they need to keep growing their networks and further expand the reach of Telos DeFi.

In order to provide the appropriate funding to support this initiative, the upcoming TEDP3 proposal will reallocate funds from select older programs and add new funding strategically such that DeFi incentives receive a more significant piece of the pie.

Telos Liquidity is expected to increase significantly with the addition of tEVM-based staking.

We anticipate that the upcoming sTLOS liquid staking will incentivize more users to transfer their TLOS to tEVM, where DeFi adoption is expected to be much higher initially. Adding tEVM-based staking is expected to result in more interest in Telos, more liquidity, and users being able to earn staking rewards while participating in DeFi activities, including participation in liquidity provider (LP) pools, farming, lending and much more.

The upcoming TEDP will further improve staking rewards by proposing the 10-day lockup period be matched on both Native and EVM.

We’re excited to announce that the Telos Fuel plan details will be released in the coming days. Telos Fuel will not only benefit the community at large but also DeFi protocols that can take advantage of considerable incentive rewards to build on Telos. The primary goal of Fuel is to increase TVL on the EVM chain and will be accomplished by providing incentive rewards for users who lock their TLOS on chain, with a timing component to ensure the capital remains “sticky” and continues to be rewarded.

We are currently in the process of deploying Gnosis Safe, a multi-signature smart contract wallet that enables users and dApps to create a list of owner/signer accounts and a minimum number of needed signers to complete a transaction. The addition of this piece will allow many DeFi apps to launch on tEVM that were previously uncomfortable or unable to.

The Telos Foundation is hiring an extremely experienced Director of DeFi to help oversee the strategy and growth of the ecosystem. The chosen individual will bring an extensive background in DeFi and will have overseen projects with over half a billion dollars in TVL.

Phase 2 of our DeFi launch plan will be unlocked by passing TEDP3, which will provide the funding for DeFi incentives. We look forward to several key partners joining or rapidly expanding within our ecosystem during this period. Many of our target partnerships are far along in discussions, and we have high confidence these important dApps coming to our ecosystem in a timely fashion.

How you can take part:

With the groundwork laid in Phases 1 and 2, Phase 3 will focus on continued partner expansion. There are several identified use cases, such as overcollateralized native stable coins, launch pads, derivatives, analytics and synthetics to name a few, and we fully expect new DeFi use cases to come to market between now and the launch of Phase 3. We encourage the community to share any and all new projects you learn about with the Telos Foundation team so we can begin dialogues early with these new dApps.

How you can take part:

Telosians, we need your vote!

We are finalizing the Telos Economic Development Plan 3 (TEDP3) and will be releasing it for circulation and community voting. This is a critical step — without your vote, this plan cannot go ahead with fueling Telos DeFi and the entire ecosystem.

We’ll also release the Telos Fuel Liquidity Incentive Program for review, which will evolve over time based on community feedback and KPI tracking.