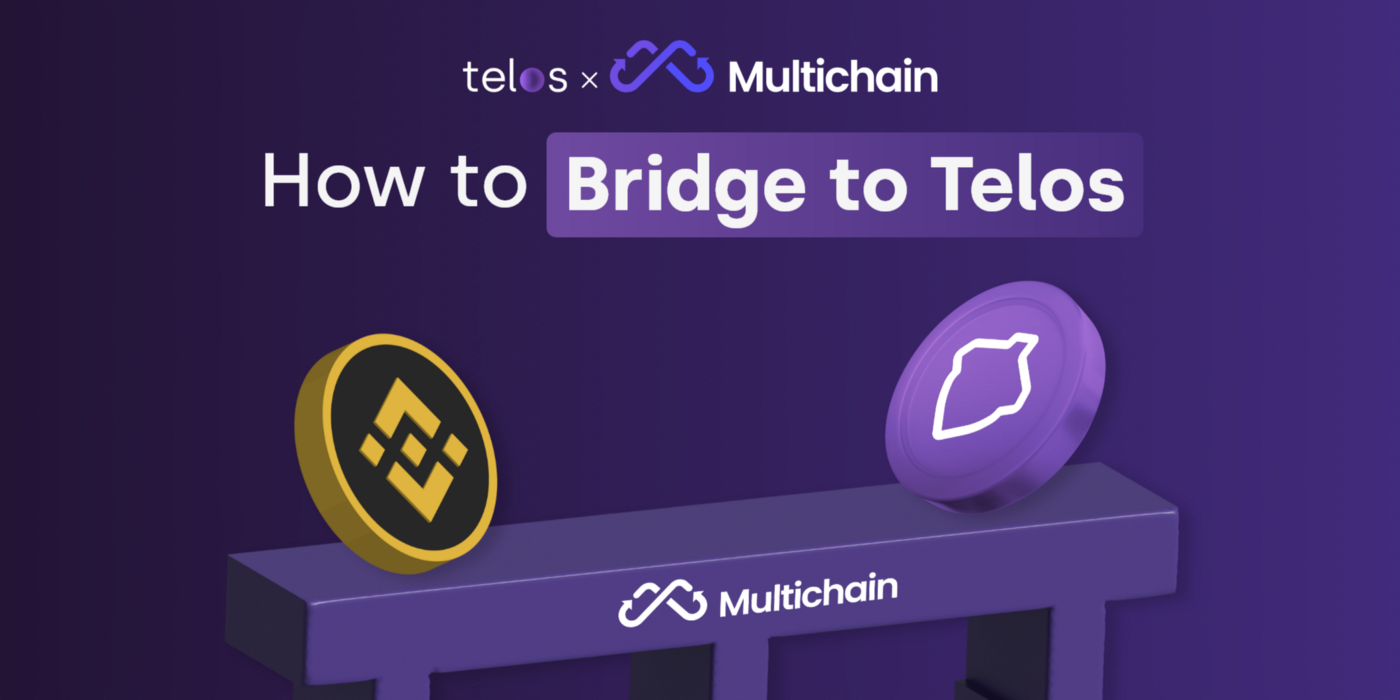 As part of the Telos Fuel Initiative, the Telos EVM is now live on ApeSwap, allowing users to bridge tokens from networks like Polygon, Avalanche, BNB Chain, and many more to the tEVM through Multichain. If you’ve already bridged tokens to your wallet and are ready to start farming on ApeSwap, follow this link.

However, if you are here to learn how to get started, this tutorial will detail the necessary steps.

Is Telos EVM in Your Wallet?

The first step is to ensure your wallet has the tEVM network available to connect with the Multichain bridge. A list of ApeSwap-compatible wallets can be found below:

If you’re already a holder of one of these wallets, you can add the Telos EVM network through Teloscan.io or Chainlist.

Now that you’ve installed the tEVM network into one of the wallets above, you’re ready to start bridging tokens from other chains over to Telos. Currently, ApeSwap supports the following tokens on Telos: BANANA, ETH, BTC, USDT, USDC, and TLOS — with more to come!

Access the Multichain cross-chain router through the following link and connect your wallet:

See where it says “From”? That’s where you’ll select the input token and chain you wish to bridge from to Telos.

In the “To” section, select the same token you wish to receive on Telos and Telos EVM as the output chain.

Heading back to the input token, select the number of tokens you want to bridge from the input chain to Telos EVM. Upon doing so, you’ll be provided with information such as the Cross-chain Fee, transaction minimum and maximum amounts, and estimated Cross-chain arrival time.

You’re now ready to bridge! Click the “swap,” and your tokens will arrive in your Telos EVM wallet in the time frame indicated.

Once the tokens have arrived in your tEVM wallet, you’ll then be able to connect to ApeSwap and leverage any of the Telos-enabled products on the ApeSwap platform! This consists of the following:

You’re all set! You can now visit the ApeSwap platform to leverage the newly-added Telos farms.

We want to use this opportunity to thank ApeSwap for their cooperation in getting this partnership off to a terrific start. The seamless integration of Telos products is a testament to the success of our collaboration.

Following this link, you can stay informed of all past and upcoming Telos Fuel announcements.

The Telos EVM is the most powerful and scalable Ethereum Smart Contract platform, built to power Web 3.0. Telos features a robust, third-generation, ESG-compliant evolutionary blockchain governance system, including smart contracts, advanced voting features, and flexible and user-friendly fee models. In addition, Telos supports the blockchain ecosystem by serving as an incubator and accelerator for decentralized applications through development grants. Come build with us.