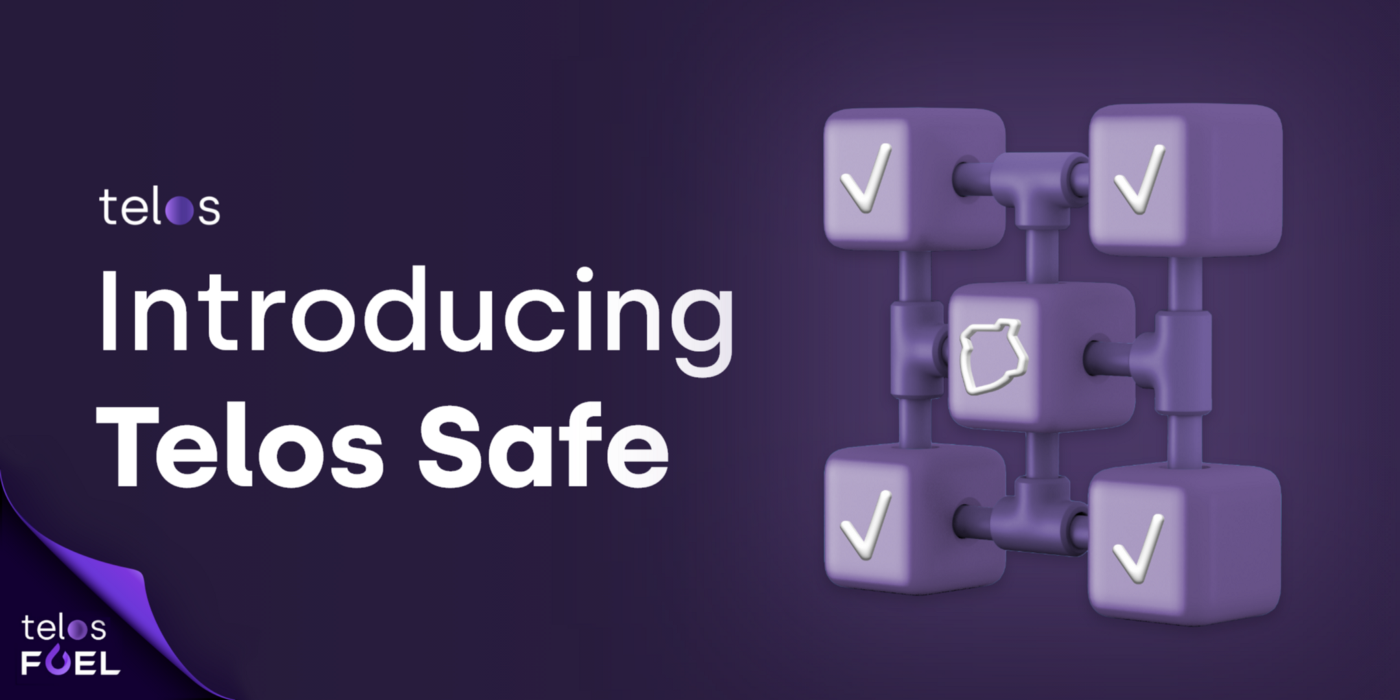 We are delighted to announce that Gnosis Safe, the most secure cross-functional multi-sig wallet, has launched on the Telos network as Telos Safe. The recent addition of this groundbreaking tool is part of our multi-phased Telos Fuel Plan and Telos Economic Development Plan (TEDP3), which aims to build a more comprehensive DeFi ecosystem for our users. An easy-to-follow tutorial on how to get set up with Telos Safe can be found here.

The multitude of hacks and breaches across centralized and decentralized protocols and wallets has raised legitimate concerns about the security of externally owned accounts (EOAs) controlled by a single user with a private key. Once an account’s private key is compromised, funds are no longer secure. Whether it’s due to a software attack, internal sabotage, identity theft, theft of intellectual property, or information extortion, cybercriminals pose a significant threat to DeFi users; and these are amongst the most significant struggles of blockchain institutions and DAOs.

The Gnosis team has devised a solution that addresses the security and verification issues pertaining to all organizational finances. Established in 2016, Gnosis Safe is an Ethereum-based smart contract wallet that requires a minimum number of persons to authorize a transaction before it can be executed. Telos has joined forces with parts of the original Gnosis Safe team to build Telos Safe.

With Telos Safe, the balance of power over your wallet or company account does not rest in the hands of one user. This means there is little to no threat if one key individual in your organization is compromised. Furthermore, Telos Safe offers users a secure environment to store all digital assets (tokens, NFTs) in one place. And unlike the harrowing experience of losing a seed phrase or private key — which ultimately results in a complete loss of funds — Telos Safe offers social recovery, where other signatories on the account can sign off to provide access to that user.

The importance of Telos Safe cannot be overstated as it eliminates the risk of multiple cyber threats enabling digital organizations to focus on their most vital objective. Telos is proud to offer Telos Safe as a component of our complete DeFi ecosystem development strategy, which places the utmost importance on the safety of our users.