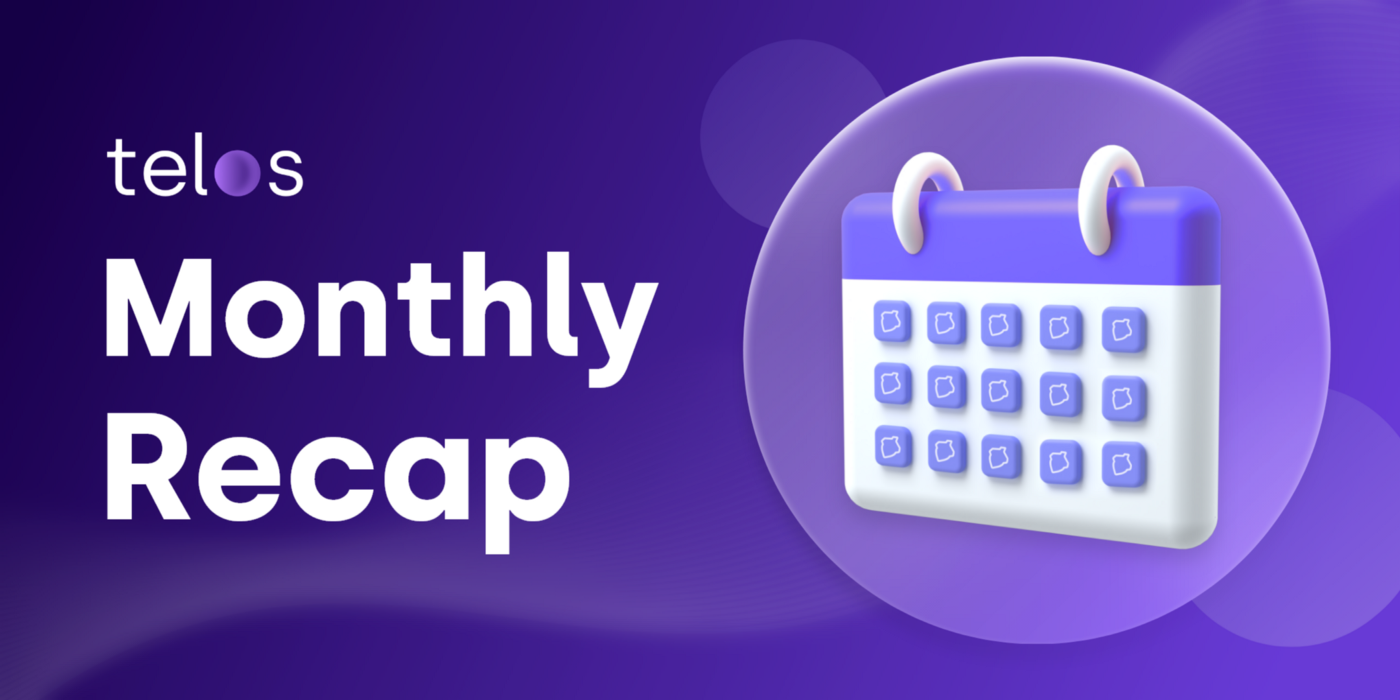 A Message From The CEO
While the ripple effects of over-leveraged, insolvent exchanges and funds (Celsius & 3AC) continued hammering the crypto market, Telos stood taller than ever and focused on one key objective: ecosystem growth. We’re proud to report that June was a tremendous month for the Telos Network, thanks to strong showings at Decentral, Consensus, and NFT NYC. Our team was on the ground at these events, raising awareness to tens of thousands of crypto early adopters and developers who, like us, are using this bear market to strengthen the foundation upon which our network is built.

Simply put, the bear market will not deter us. From new NFT projects to EVM 2.0, Telos takes a steadfast approach to continue improving the user experience and provide more creators and builders with the optimal platform to deploy their DeFi projects. Our Q2 report will be released in the coming weeks, so stay tuned for that announcement to get a full rundown of the milestones we hit last quarter and the ones we expect to achieve in the next.

During June, the liquidity and exchanges team representatives were busy on all fronts. We joined other Telos team members at DCentral and Consensus in Austin, Texas and made quick work of meeting multitudes of blockchain enthusiasts and builders in the space. During the two events, we followed up with our existing partners and made a lot of new connections with top exchanges, wallets, and service providers in the industry. We are actively following up on these connections now and working with some organic listings.

June also debuted the launch of Jungle Bills on ApeSwap, of which Telos was a key facilitator.

As we all know, Q2 marked the continuation of worsening sentiment across financial markets, and naturally, crypto was not immune to the drawdowns. However, this did not prevent us from expanding our various communities and positioning Telos for further growth in the near future.

Additionally, a large part of the positioning mentioned above comes from the work on the frontlines during DCentral, Consensus, and NFT.NYC. Other elements come from ongoing and planned growth campaigns. One soon-to-be milestone of note is Telos coming up on 100k Twitter followers. This achievement will speak volumes of the efforts made by our team and community to raise awareness about how Telos improves the DeFi experience for users and developers.

Q3 will see this, and the efforts of many other campaigns unfold while a significant educational push is in the pipeline. Telos Academy and Community Bounty Program, anyone?

Marketing Team: Building at the Bottom

Techno lore argues that great businesses are built-in adversity and not to be distracted by falling asset prices. So as crypto prices fell, our project to-do list grew, and we were out and about spreading the Telos story, building for the next upswing.

During early June, we attended Consensus and Dcentral in Austin, TX, and NFT.NYC in Manhattan. At Consensus, the Telos booth was at times overrun with interest (note to self: get a bigger stand next year!), and we collected a few hundred names from developers and business partners — some juicy potential partnerships will surely follow. In addition, we ran a successful Telos NFT Treasure Hunt with our partner Kluest.

At Dcentral, we were also busy, with the added spice of Jesse Shulman and The Big Gooey snagging Main Stage speaker slots. NFT.NYC was very busy, and a smaller team fanned out at Gotham’s events and after-parties. The Big Gooey again snagged a speaker slot (can’t keep him out of the limelight.)

The Telos Texas Tour was the first time that the thirty members of our decentralized team had met in person, not to mention meeting our partners. We learned some important lessons: nothing beats meeting in person!

As we enter July, we’re approaching public voting for Mission NFT. There are over three dozen projects, of which around half have been fully verified. We don’t want to pick favorites, but we recommend you take a look!

Also during June, our Twitter followers rose to around 97k, up 5% from the previous month.

As it appears the Crypto Bear market continues to dive into a deeper valley, the Telos Foundation is taking this as an opportunity to evaluate our strengths, and weaknesses and tailoring direction if needed. We are focusing on getting all of Telos’s building blocks as strong as possible, from Marketing, Community Relations to dApp onboarding. With that said, the Telos Foundation is not seriously impacted by the bear market. Due to raising capital last year, the Telos Foundation can continue and grow operations for the foreseeable future. However, Telos does have scalable pay for employees based on the Telos price. If the Telos price decreases continuously in relation to USD, the amount of TLOS spent would become very high. Due to many factors, the Telos Foundation and TCD have capped employee pay with a 20-cent Telos Floor.

We remain focused on building now more than ever and have vast confidence that TLOS will become much stronger during this market cycle.

Telos Core Development (TCD) continued to build unimpressed by the market situation. We have made excellent progress on various items, clearly showing the strength of our evolved organization. We have generally reached our targeted headcount in June and have secured our current external resources at our BP’s y-knot and Detroit Ledger Technologies for the coming months. Our Product Manager Kuljeet started work and began to develop strategies for our native user experience and applications. Additionally, we will add a development team from Ukraine in July to support us on front-end developments on our apps.

The Open Block Explorer at https://explorer.telos.net/ took a giant feature leap and is now a one-stop-shop for most actions by regular users on a day-to-day basis.

We will soon issue a roadmap update for the second quarter and look forward to an AMA special with Jesse, Douglas, and Kersten.

A short update on our key initiatives:

Business Development Team: Welcome to Telos
We picked up in June where we left off in May, undiscouraged by the market downturn and focusing on what really matters, building a robust Telos ecosystem. As a result, June saw a multitude of top-tier projects choose Telos as their principal network; they are as follows: