Minting an NFT Uses as Much Energy As… 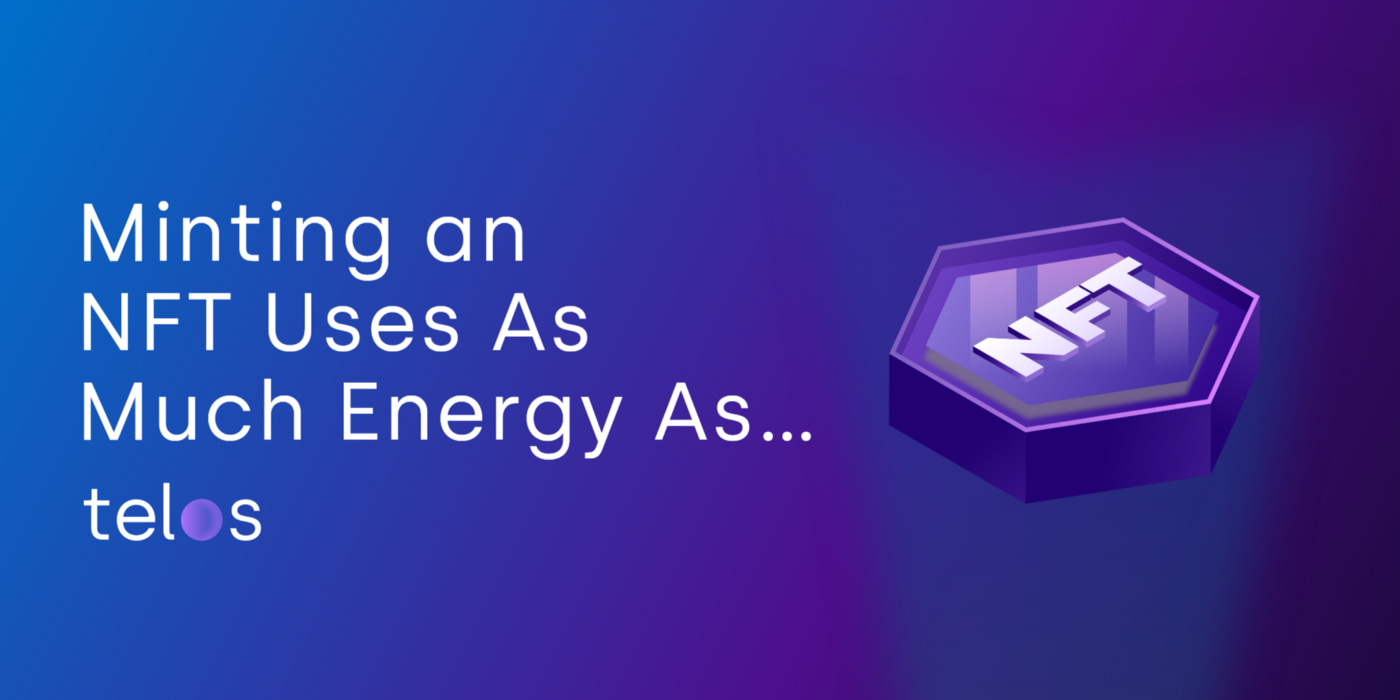 The push toward making major industries more environmentally sustainable has swept the globe. Today, a company’s carbon footprint is scrutinized almost as closely as its quarterly numbers, leading to countless marquee brands finding a greener way to do business. However, amid this global initiative was a shift in focus to blockchain and crypto, as more individuals migrating to cryptocurrency caused a surge in transactions and, subsequently, energy consumption. This was particularly notable in the NFT market, which soared in revenue to 41 billion dollars in 2021, leading many to investigate how earth-friendly the act of minting NFTs was.

Before we go any further, it’s important to clarify that the process of minting NFTs does not cause high energy consumption because of the assets themselves. Instead, the root of the problem is the proof of work (PoW) consensus algorithm chains like Ethereum utilize. PoW uses a lot of energy, and unfortunately for the planet, Ethereum is presently the leading NFT ecosystem. The proof of work method is an energy-intensive process in which miners compete for rewards by completing algorithms to solve blocks. In virtually all cases, miners with the most resources -a.k.a energy-draining computer hardware- win the battle, further complicating matters.

Currently, minting an NFT on Ethereum uses roughly 48 kWh, enough to power a U.S. household for a couple of days. And while the upcoming Ethereum 2.0 launch will see the network transition to a more energy-efficient proof of stake model. A recent study by University College London revealed that there is still much headway in reducing the soon-to-be network’s carbon footprint. So, how bad was it? Ethereum 2.0 ranked the worst in energy consumption among six other major PoS chains. However, all of the blockchains in the study were a collective distant second place from Telos.

The energy consumption from minting NFTs on Telos is combined with other network activity and measured by the average or max draw of the network’s servers. While it is difficult to pinpoint the actual energy consumption of minting on Telos, even under high network traffic, the increase would be so minimal that the network would remain idle and not max. Based on this fact, we can conclude that the energy usage of minting on Telos amounts to a mere fraction of the energy consumed by PoW blockchains.

Today Telos is proud to lead by example in creating a more energy-efficient DeFi space without sacrificing crucial performance features such as network speed and scalability. Like so many other blockchain networks, Telos is doing its part to ensure the NFT sector thrives but will do so without leaving a carbon footprint.