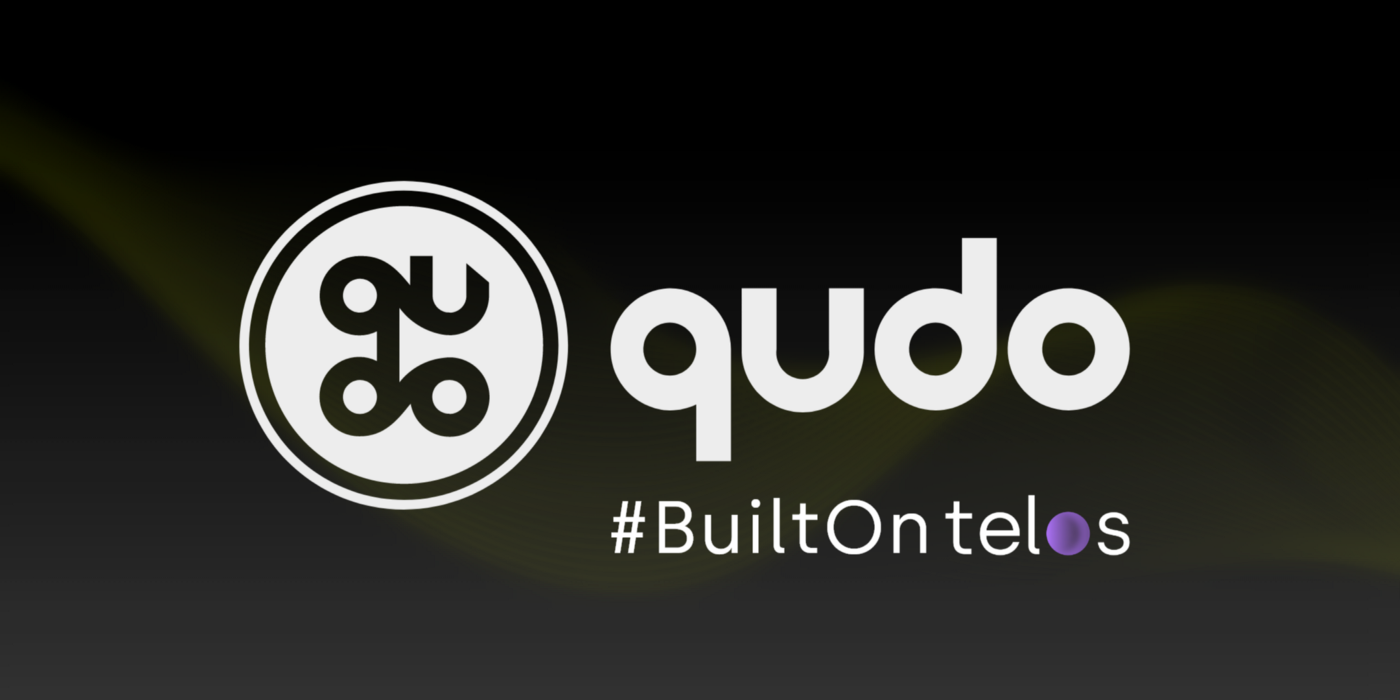 As a blockchain network that prides itself on building a grassroots community, Telos has a special appreciation for projects that empower developers swimming against the current in markets dominated by monopolies and major corporations. And this could not ring truer with the impact QUDO aims to make in gaming and eSports — an industry in which a small handful of entities move millions of players from one game to the next.

QUDO is a Proof-of-Gameplay mechanism that rewards gamers and game developers with QUDO tokens when playing QUDO-powered games. This revolutionary platform supports select iOS, Android, and, more recently, PC games, which can be found on games.qudo.io. In addition, all associated games are available to players to connect and play immediately and earn QUDO rewards based on the time spent playing, in-game performance, and a staking mechanism for passive earnings.

QUDO aims to be the “Big Fish” in gaming by providing smaller “indie” developers and their community of players with access to gaming products and services that they would otherwise be excluded from. Furthermore, upon receiving QUDO rewards, players are further incentivized to perform in-game token unlocks, thus motivating developers to increase reward pools.

Gaming studios that wish to obtain feedback from players for games currently in development can offer QUDO Bug Bounties to gamers willing to take their games for a test drive. Through QUDO, developers can also contract B2B gaming services to make improvements where needed. In addition, service providers can earn QUDO tokens for their services and leverage the exposure gained from the platform.

With the described token utility and economy, Telos believes QUDO has the potential to become a leading blockchain application, token, and platform for the gaming industry.

We are confident that QUDO’s unique and game-changing (pun intended) use case will capture the attention of many players and independent game developers, leading to its prominence as a blockchain application, token, and platform for the gaming sector. As a result, it will open up the Telos blockchain to a much larger gaming ecosystem that includes gamers, game developers, and service providers that will be exposed to the network on which QUDO is running, in this case, Telos.

The Telos network is an integral part of QUDO. After all, it is the infrastructure supporting projects like QUDO to run fast and securely. For that reason, we have joined the Telos network as Block Producers — Block Bastards. We support the network with computational power, delivered by one of the machines delegated to create new blocks on the Telos Blockchain.

Telos is a 3rd generation DPoS (Delegated Proof of Stake) Blockchain, built to run state-of-the-art decentralized applications, which was virtually impossible until it appeared. Based on the EOS.IO protocol.

Telos is a high-performance blockchain network with leading speed and scalability. The network has proven to be incredibly stable, with over three years of uninterrupted service. These attributes, along with low or no-fee transactions, make it the ideal network for a mass adoption gaming platform like QUDO.

Despite sharing the same original protocol with the EOS blockchain, which by itself represents an evolution in the history of blockchains, Telos offers improved governance with real-human interactions. It also allows developers building on the network to get the support required and feel like they are part of a great community.

Our partnership with Telos ensures QUDO a significant number of accounts to build its “soft landing” mechanism. Every time a new player registers on the platform, a new crypto wallet is created on the fly, without any technical requirement or feeling of running on the ‘traditional internet.’