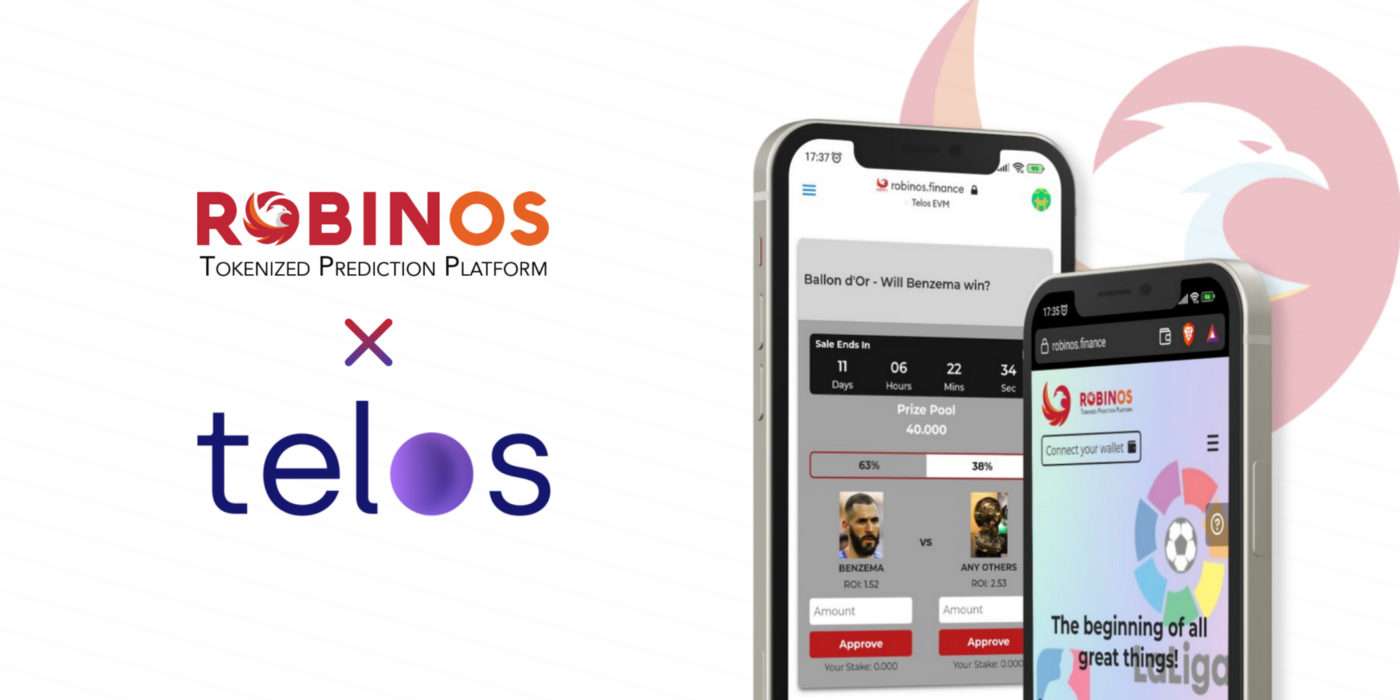 Launched in 2021, Robinos is a platform for decentralized prediction. The project aims to revolutionize sports betting by incorporating elements of trading and a fairer returns system that gives fans a fair chance of winning. This includes those David vs Goliath games when their favorite teams face off against better teams in the league.

Robinos has tokenized prediction events, which allow users to participate in season-long events and tournaments. However, unlike other sports betting platforms, more than one fan may claim victory when participating in Robinos’ events. Rewards can be distributed for unlikely clubs that reach the playoffs, semi-finals, and other miracle-equivalent milestones accomplished by lesser teams that are often disregarded by a typical sportsbook.

The Versus Event: It’s Not Just Sports

Robinos also feature a short-term prediction event known as Versus. In this contest, fans and punters predict which teams will come out victorious — but it’s not just limited to sports! Versus can also cater to political and financial events or any other event that has a definite binary outcome.

Robinos covers many of the most popular games in the world of sports, enabling you to back your favorite teams through tokenized prediction events and Versus event favorite teams now!

Robinos is not a product catered to cryptocurrency users but to sports fans and sportsbook users who want to try something new. We believe that Robinos can expose Telos to broader communities, whether they are blockchain veterans or newcomers to the space.

Our prediction services will introduce our users to the exceptional qualities of the Telos EVM and Telos itself. And, who’d imagine making a transaction on Robinos via Telos would be equivalent to placing a bet on a centralized sportsbook in terms of speed?

Sports have the power to unite people, and Robinos aims to unite communities through good and bad times. We also believe our prediction events will serve as a source of entertainment for the Telos community and bring out the sports fan, and crypto bull, in each of its members.

Returns on Robinos are based on contributions made by users who predict that event. No front-running is a problem solver for a prediction platform like Robinos because it creates a fair and balanced environment for all sports fans. The absence of front-running eliminates any chance of users paying more in gas fees to place predictions at the last minute — essentially cutting the line in front of other users. When combined with Telos’ industry-leading TPS, users can participate in prediction events without the threat of sudden drastic changes before and after a transaction is submitted.

Telos’ community is another important aspect of its greater appeal. We liken this to the early days of the Ethereum community in 2016, which helped to build Eth into the giant it is today. While blockchain has evolved a great deal since then, the formula for success has remained largely unchanged. We believe Telos has all of the components that make up this winning formula, making it a network we are proud to partner with.

Check out our prediction events exclusively available on Telos only! robinos.finance