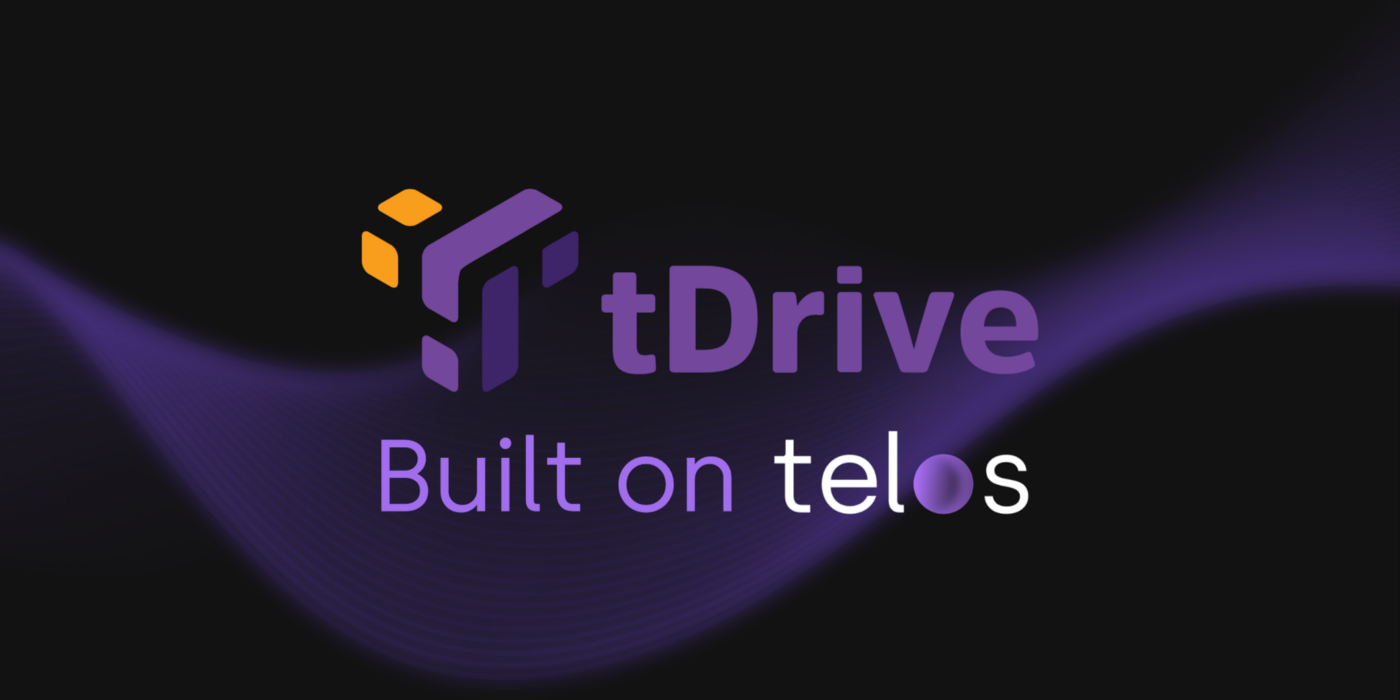 Suppose you’re one of the many individuals that currently utilize conventional cloud storage to store your data. In that case, you’re probably unaware of the potential risks you face of having your personal and financial files hacked. Granted, cloud technology has created a new frontier for businesses and individuals to shift away from costly data centers to store sensitive information. Unfortunately, however, it has also encouraged a new wave of hackers that have become increasingly clever at circumventing security protocols.

But where centralized systems fail, blockchain developers have seized opportunities to disrupt and improve multiple industries; and such is the case with tDrive, a decentralized data storage platform with next-level security features and the latest project to be built on the Telos network.

tDrive enables cloud storage users to take back control of their files from big data companies with encrypted, zero-trust decentralized storage — while simultaneously earning tDrive crypto rewards. It simplifies the process of storing data with a user-friendly platform that doesn’t require a Ph.D. in blockchain to navigate and a flat monthly fee that lets users access and store their data whenever they choose.

After a brief conversation with the tDrive team, it was clear that their passion for building the Web3 ecosystem mirrored that of Telos, making them a perfect fit for our network.

The Telos Community knows the value of Web3 and the security advantages of distributed cloud solutions. Now those users will have a decentralized file storage solution built on the Telos blockchain that they already trust that leverages the speed and low cost that only Telos offers.

Telos is the right ecosystem for tDrive because it’s scalable, affordable, and purpose-built for applications like ours. We believe Telos will successfully grow its reputation in the blockchain industry as a valuable, reliable platform. We’re excited to get in early and be a part of the growth to come.