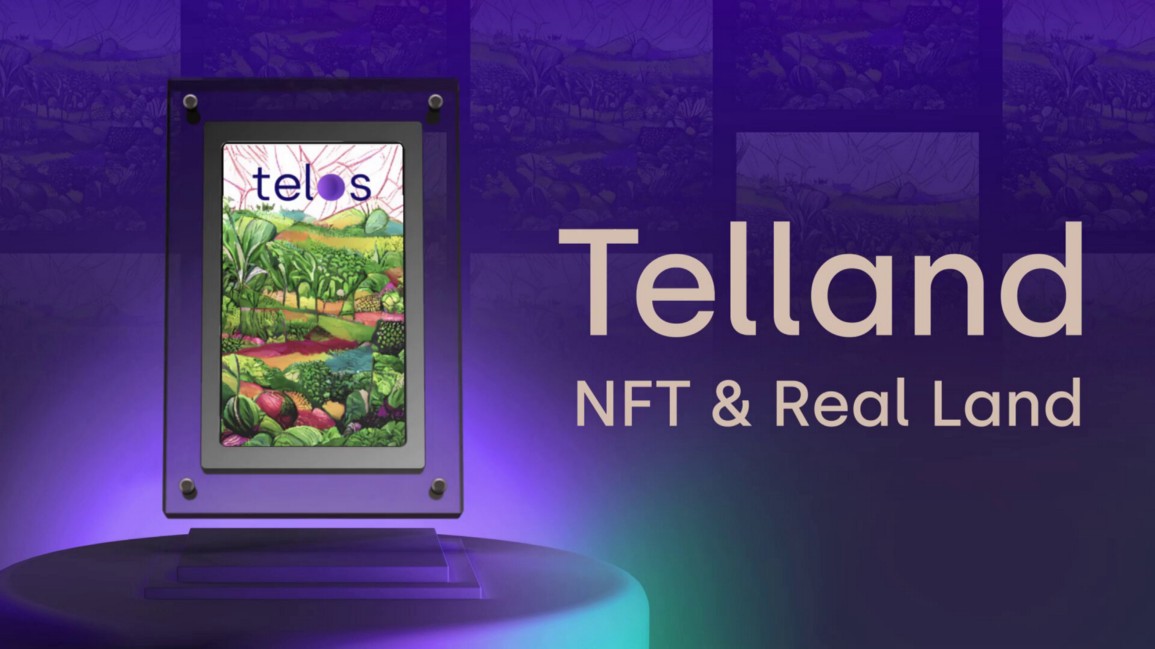 Today we present an NFT project that is not only innovative and unique but also falls in line with Telos’ mantra of upholding the most eco-friendly business practices. In fact, this specific project is dedicated to rejuvenating once parched parcels of land to transform them into organic farms that produce home-grown nutritious crops for distribution.

Telos is proud to welcome Telland NFT to its ecosystem, a project that connects 100 digital land parcels with the physical world based on a hectare of land located within the Proyecto Ecológico Nuestro Paraíso in the Northwestern region of Piura, Peru, South America. The NFTs themselves consist of beautifully designed artwork based on the beautiful landscape of the coastal area of Piura. After the collection of 100 NFTs is sold or 30 days after minting starts, fertilization of the soil in the region will begin.

Cutting Out the Middleman

As a Telland holder, your participation contributes to the betterment of the planet by creating a market for healthy and sustainable produce. And unlike other charitable organizations, Telland NFT removes the need for third-party intermediaries and connects you directly with the project.

Each of the 100 ERC721 NFTs in the Telland collection represents 100 square meters of physical land. Project organizers will inform holders of the progress made by the team on the ground, and all are welcome to visit at any time. Horseback tours will also be made available to holders that want to take in the scenery of this beautiful South American city.

Annual rewards will also be distributed in perpetuity to holders. The rewards will be calculated in Peruvian Soles (PEN) and paid the equivalent value in TLOS to the wallet address of NFT holders. The reward percentage will vary depending on the production of the land and season. The cost per NFT is 550 Peruvian Soles (approximately 150 USD) plus a Telos fee which, as we already know, is the lowest among L1 networks.

We sat down to ask the Telland team some simple but essential questions; here’s what they had to say:

Tellan is unique in that it connects the blockchain to a real-life asset. Investors from across the globe can participate instantly with no painstaking paperwork or bureaucracy. Furthermore, our project helps the planet and local ecology by turning arid land into productive soil. It contributes to the well-being and health of the population as the land produces high-quality nutritional products.

We chose Telos first and foremost because we are part of the community. Second, because of the reliability of the chain and speed of transactions. Third, because of its low energy consumption, which makes it friendly to the environment.

Telland is an innovative and altruistic NFT project built on the Telos network, which connects the blockchain and our planet. Telland NFTs are beautiful AI-generated art pieces that represent one out of 100 parcels of land in a city called Piura, located in the Northwestern region of Peru. Upon minting this collection, the land in the region will be fertilized and used to grow organic crops that will be sold and distributed to surrounding areas. The end result will benefit the local economy with a thriving market, NFT holders with attractive rewards, and the planet with sustainable farming.