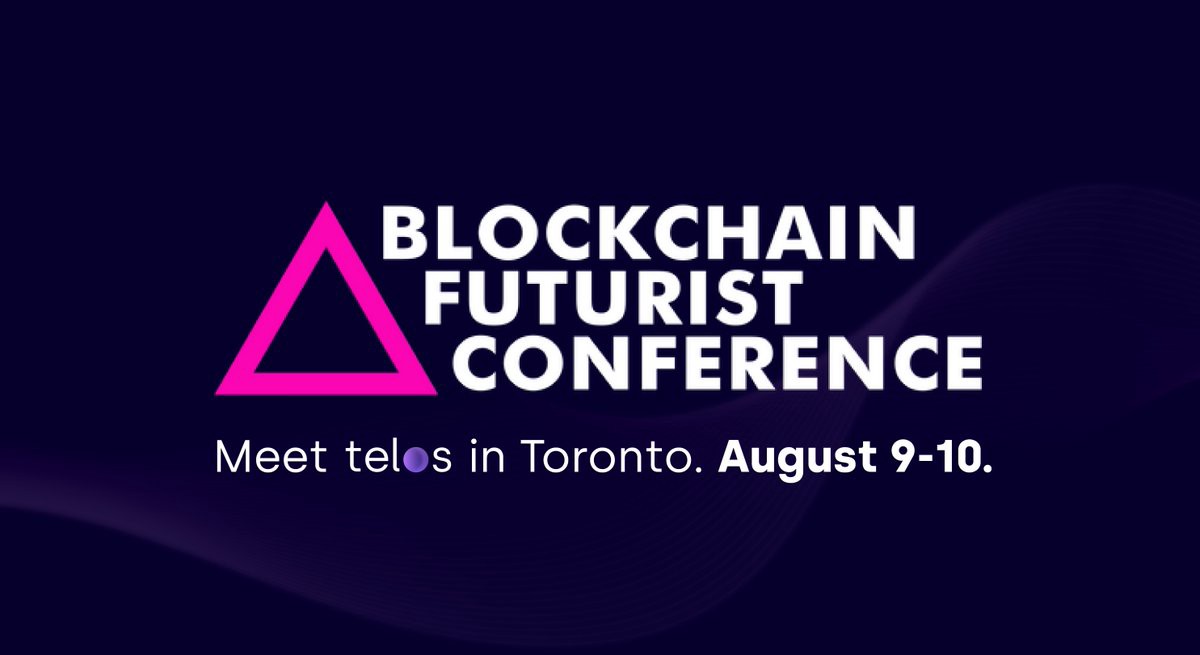 Get all the details you need to make the most at Futurist 2022!

Futurist is one of Canada’s largest and most high-profile blockchain events of the year! The event runs from August 9th to 10th in Toronto with a brilliant lineup of keynote speakers! At this event, speakers are prepped and ready to inspire the large crowd of attendees made up of startup companies, investors, researchers, and many other crypto enthusiasts eager to build the future!

The event is organized by a Toronto-based event management and marketing company, Untraceable, which has successfully organized Web 3 and crypto events since 2013. This year’s conference is suspected to be their largest event and better than ever before!

At their last live, in-person blockchain conference, they catered to over 3000 attendees, and Futurist is expected to surpass this with over 5000 attendees predicted! At this conference, ticket holders will be able to get an inside look at the latest developing technologies, discuss Web3 trends and predictions, and learn from so many talented crypto individuals.

One of the most notable Keynote speakers is Vitalik Buterin, co-founder of Ethereum. He will be speaking at ETH Toronto, an event that runs in tandem during the conference. With a keynote speaker as passionate as Buterin, this poses an amazing networking opportunity for the Telos community.

Not only will we be learning from this intelligent industry pioneer, but we will also be able to share the word of our network, Telos, and help foster the growth and awareness of our ecosystem with like-minded, passionate individuals across North America!

You bet Telos community members will be present and will attend the Futurist conference! Block producers Telos Culture and Detroit Ledger Technologies will be in attendance as community partners! They will be collaborating with members of the Telos community and Telos Foundation individuals such as Chris Barnes to ensure Telos is well represented at this event.

Meet us at the Telos Block Party on August 9th from 3:30–5 pm in the Purple Room!

Innovative tech, compelling conversations and free drinks! What more do you need? Come join the Telos community as we celebrate an explosive year of growth for our ecosystem! Listen to thought leaders discuss how Telos is building for a faster, fairer future and get a crash course in some of the most exciting work happening on Telos right now. We hope you’ll come to join the party!

Here’s what you can expect from the Telos Block Party.

New to Telos? Don’t worry! This 10-minute primer on the major milestones Telos has seen since launching in 2018 will get you up to speed! Find out how Telos grew from a grassroots, bootstrapped protocol with no ICO or VC funding to a leading Layer 1 solution for Web 3.0 mass adoption.

In 2021, Telos launched the Telos EVM, the first public EVM built within an EOSIO+ codebase. Unlike other scalable EVMs, Telos EVM is not just a fork of the original Go Ethereum code. It’s an entirely new EVM redesigned from the ground up to take full advantage of the power that Telos technology has to offer, including high throughput, no front-running and much more. Join us to learn about the benefits that Telos Native and Telos EVM can bring to your dApp.

4:25–4:50 The Future of Governance: Telos is the leading ESG blockchain, and a cornerstone of that pledge is our leading industry governance. Join Telos Foundation board member Chris Barnes for a fireside chat on the importance of governance in Web 3.0. Learn about tools like Telos Decide Voter, Eden on EOS, and find out about the steps Telos, as a part of the multichain EOSIO Coalition, is taking to become an industry leader in this sector.

Other Must-See Talks at Futurist 2022.

It’s not just our own Telos speakers that will rock your world at this spectacular conference! Here are our top picks for speakers and panels you simply will not want to miss!

Welcoming the conference, the first keynote speaker is Anthon Di Iorio, Founder of Decentral, Jaxx, and Ethereum! With over ten years of experience in the crypto sector, Di Iorio will discuss his views on Web 3 and beyond. Attendees can expect to hear valuable insights on how projects and business can take their ideas to the next level using blockchain technology.

WTF is an NFT? Why Is a JPEG $100,000? An Overview of NFTs, Digital Collectables, and One-of-a-Kind Tokens by Eunika Sot CO-FOUNDER, COO & CMO

Looking for an entry point to the world of NFTs? Eunika Sot has got you covered! This Blockchain Bootcamp will teach attendees all they need to know about driving an NFT collection to go viral, and how individuals can start their own collections!

PANEL: Play-And-Earn: How the Multi-billion Dollar Gaming Industry is Being Transformed with Blockchains, NFTs, and the Metaverse

This panel explores the future of the Gaming Industry with Blockchain technology! With a powerhouse of speakers including Jon Monahan, Vice President of Sales at Splinterlands, Tanya Lindsay, CO-FOUNDER CryptoMibs, and other talented individuals, you won’t want to miss this discussion on the future of Play-And-Earn platforms!

Leading Canada into the Future with Blockchain and Digital Assets: A Fireside Chat with The Honourable Michelle Rempel Garner

In this riveting Fireside Chat, The Honourable Michelle Rempel Garner will share her insights on how Canadians can utilize the blockchain and digital assets! Garner has a background in Canadian politics, economics, intellectual property management, and technology transfer!