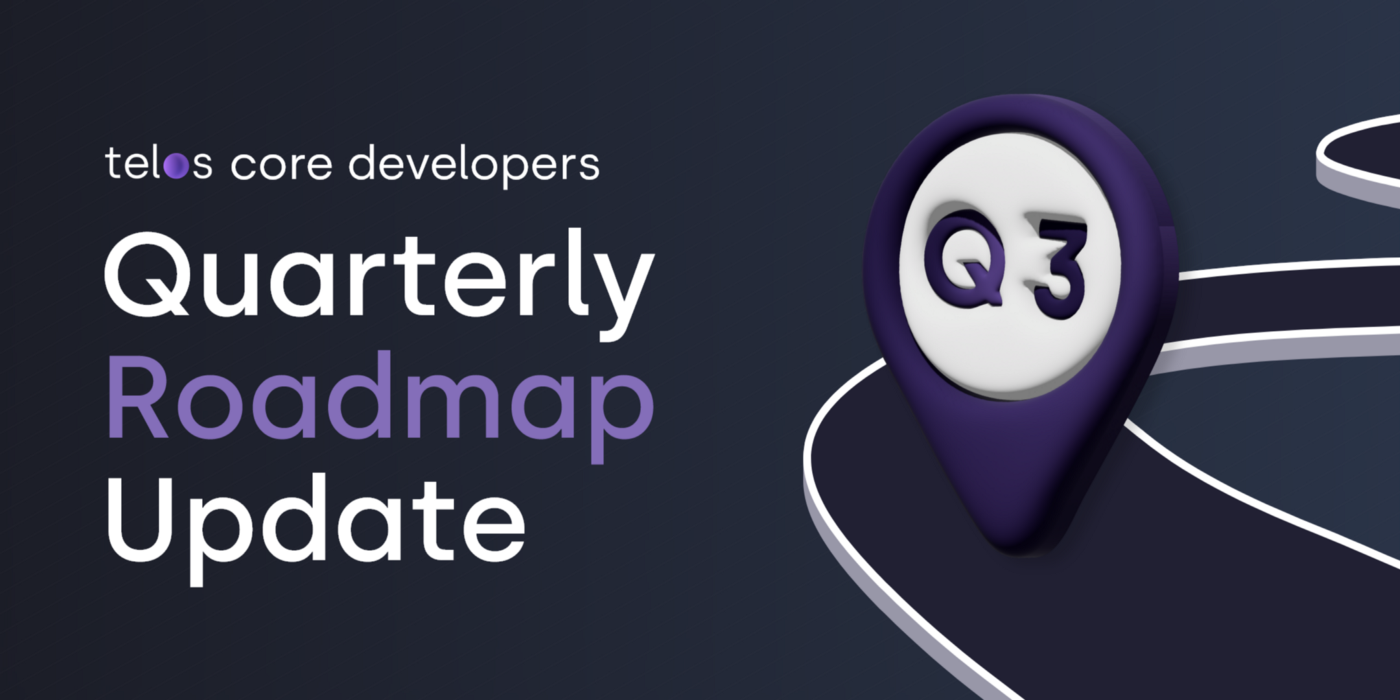 Telos Core Development (TCD) continues to deliver on the defined Roadmap and achieved significant progress on various items during Q3.

The overall market sentiment remains “bearish” to a large extent. While this also touched the funds available for further expansion and spending, we continued development and iteration on our priorities. We have extended our resources further to cater to the plan developments for Q4.

As our team consists of 19+ associated resources, we needed to streamline further and slightly reorganize our organization. Growth comes with communication challenges, especially for fully decentralized teams, so we decided to nominate Champions for defined work packages that will now own and drive the backlogs and developments with their “tribes.”

Furthermore, we have added a technical Project Management resource to support our activities further.

We are following our defined target to support DeFi and TVL on Telos Native and tEVM with various initiatives. The very close communication with the Telos Foundation Business Development, Liquidity & Exchange team, and TEDP3 task force continue to align our Roadmap to cater to our joint activities.

The launch of sTLOS liquid staking for tEVM on September 26 was an important milestone for our team. All native/tEVM contracts and interfaces were deployed and operated smoothly, and a whomping 10.7 Million of sTLOS TVL displays the massive interest in liquid staking.

Flanking sTLOS, we released updated versions of the web wallet, improving the overall usability and simplifying the user experience.

We are thrilled to announce that we are also working on implementing Telos Safe for our EVM, delivering a well-recognized vault infrastructure for our tEVM users. We have teamed up with parts of the original Gnosis Safe team to provide this product on a fast track to support the TEDP3 and FUEL initiatives further and add a different puzzle piece to our DeFi ecosystem. Telos Safe will be available in October 2022!

Before voting for our Telos Economic Development Plan 3 (TEDP3) started, we relaunched app.telos.net. Our team invested significant time in a complete rework and streamlined application now supporting easy and seamless voting in addition to the latest release of the Decide Voter app.

The first concepts of “Telos Station,” our fully revised user experience project for Native and tEVM, are in discussion. We started to fill our backlogs to fuel the next steps. Still, we know the high complexity of merging the AntelopeIO and Ethereum Virtual Machine technologies into a unified user experience. On the same page, we are also aware of the requirements of a mobile app supporting growth in regions with less/no access to desktop computers, which is part of the scope of our evaluations for the first time.

Much effort in Q3 went into the following key initiatives:

EVM 2.0 continues to be one of our highest resource assignments. We are proceeding well and are working through the following Roadmap as expected.

For Telos Native, the AntelopeIO coalition is making tremendous progress with various items on the Roadmap, including:

We soon expect additional work packages to be assigned for Scalability and Secure Smart Contract Libraries.

As Telos requirements include additional work packages, the TCD has scheduled the following items for Q4:

To conclude our report, we are confident about the performance of Telos Native and Telos tEVM. Our capacity and reliability are battle tested and proven. Still, we aim for a TPS benchmark to the outside world but have delayed the tests until EVM 1.5 and AntelopeIO Leap 3.1 are deployed. This step is required to ensure that our results match the latest state of development.

We want to thank all Telos Core Development resources for their continuous support and dedication to making Telos the world’s best chain.