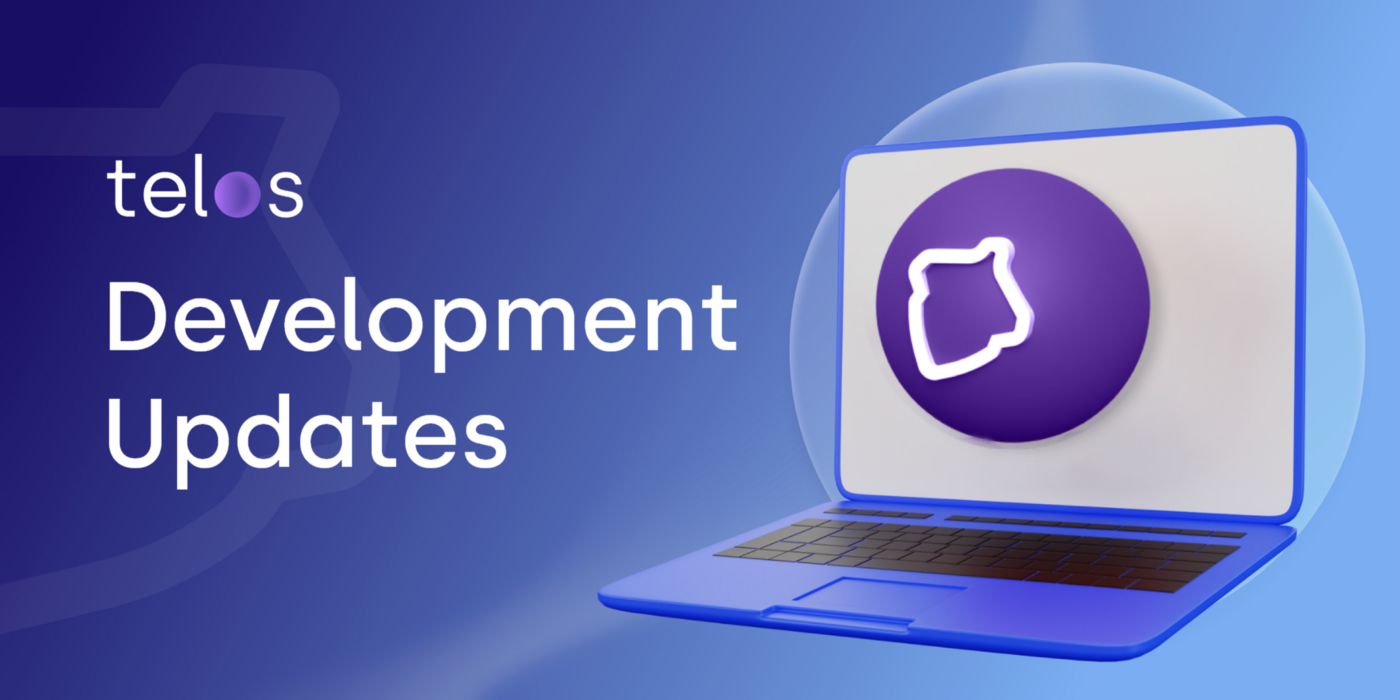 Telos Core Development (TCD) made excellent progress on various items. We have continued developing our most anticipated Core and EVM items while simultaneously improving multiple apps.

Our primary focus is the release of EVM 1.5 before the end of August. The Antelope Leap 3.1 release will be scheduled once the core code is finally released, and we anticipate this will occur in early September.

Our team relaunched Telos Docs, our ultimate repository and initial touchpoint for new users and developers who wish to connect with and build on Telos. The site is now relaunched with fully revised, brand-new content and backend. Further amendments will follow, and the new documentation website is a giant leap from our previous documentation pages!

As announced in our last roadmap AMA, the performance benchmarks on our new stage-net have begun. The first “cannon-shots” produced exciting results well above our currently published figures. Stay tuned for some fascinating numbers!

A Short Update On Our Key Initiatives

● Open Block Explorer — This sprint focused on bug fixing and integrating our block explorer’s possible IBC/Multichain approach. We are proceeding to simplify the MSIG (Multi-Signature) features, including the easy selection of signing accounts based on defined permissions. As an additional expert feature, the integration of CLEOS will soon be available.

● Teloscan — Also received further updates and bug fixes. We are working on a thoroughly revised token and owner list that awaits the EVM 1.5 release. The user interface for sTLOS is progressing well, though we had to redirect resources to apply fixes to another Telos app.

● EVM 1.5 — The new indexer is deployed on the testnet, and we are delighted with the performance and results. We expect to deploy on the mainnet before the end of August. A full re-index of the chain is required as we are emitting new EVM transactions for native deposits/withdrawals and have adjusted the block headers for EVM. The re-indexing process is expected to run less than 7 hours based on our design.

● With the EVM 1.5 indexer, we have once again built a top-notch component that outperforms the function of many other available tools!

● The ability to communicate directly between native and tEVM is unprecedented and opens various features for our existing and future APPs. Using a random number generator and the native Oracle are only two examples of the possibilities, and this is more to follow! We simplified the stack to run EVM 1.5 from 8 services/containers to only 6, which is a significant improvement. Based on further improvement of the deployment tools, we are now offering a new option to run the stack for intermediate users, which is not entirely automated like “tevmc” but more versatile.

● EVM 2.0 Super-Node — Our team continues to make excellent progress with the components and concepts of the Super Node. EVM 1.5 assisted us in validating some of the concepts and procedures. We are spending significant time on ensuring compatibility with the latest Ethereum developments. Our work was specifically directed to a refined Ethereum-like block structure for EVM (fork detection) and the merge of current EVM transactions with structures inside the new version. We also focused on developing a nodeOS module for interacting with EVM 2.0 via a complete set of RPC functions.

● sTLOS EVM Single Asset Staking — All contracts were audited by Sentnl. Work on the ERC4626 contract requires some minor bug fixes since we identified an issue during testing; the same applies to the ESCROW unstaking contract and the Telos native REX contracts. All smart contracts will be re-deployed on the testnet and await end-to-end testing and re-audit. The sTLOS user interfaces are close to final development. The governance amendment proposal passed successfully, and we are currently finalizing all steps for the go-live of sTLOS. We are hand-selecting active community members soon to perform a final user acceptance test (UAT). We apologize for the launch delay, but we will always prioritize the security of your funds above all else.

● Governance and Arbitration — We are applying initial fixes and improvements to app.telos.net. We expect a first significant update in the coming weeks. As we report, the arbitration workgroup is progressing with the latest design proposals. All arbitration smart contracts are close to the final review. Unfortunately, we experienced some project delays due to summer vacation, including a process description. We are proud to offer this kind of leading governance infrastructure, which is unique to the industry and other EOSIO chains.

● Telos Native and upgrade to Antelope Leap 3.1 (formerly known as EOSIO Mandel) — All Telos system contracts are updated and tested. We have improved the process for custom changes so they can easily be applied on top of the official Mandel repositories. This change is a significant improvement since our contracts were not quickly upgradable before. Please visit EOS Network for detailed information about the features and enhancements that will come with Mandel. The most anticipated fix will resolve a REX bug currently preventing the withdrawal of funds in some rare instances.

● Once Mandel is finally released, we will be ready to migrate Telos native.

● A smaller update will be performed to enable regional BP-switching. This feature will improve the resiliency and performance of our native network.

● Antelope Coalition — The contracts for “Wallet SDK” and “Faster Finality” as well as “IBC” are close to being signed. New RFPs for P2P and Secure Smart Contract Libraries are now open for bids from interested development teams. The signatures are a milestone for significant new developments in our codebase. The new name of our codebase has received tremendous feedback, and all chains are excited to take a big leap into a feature.

● Telos Monitor Launch: State-of-the-art monitoring is critical for us. Therefore, we are happy to introduce Telos Monitor. This one-stop shop shows the TCD and deployed App’s real-time health status of relevant services on native and EVM. Based on the integration alert system, notifications are distributed to our dev-ops team, further improving the robustness of our network.