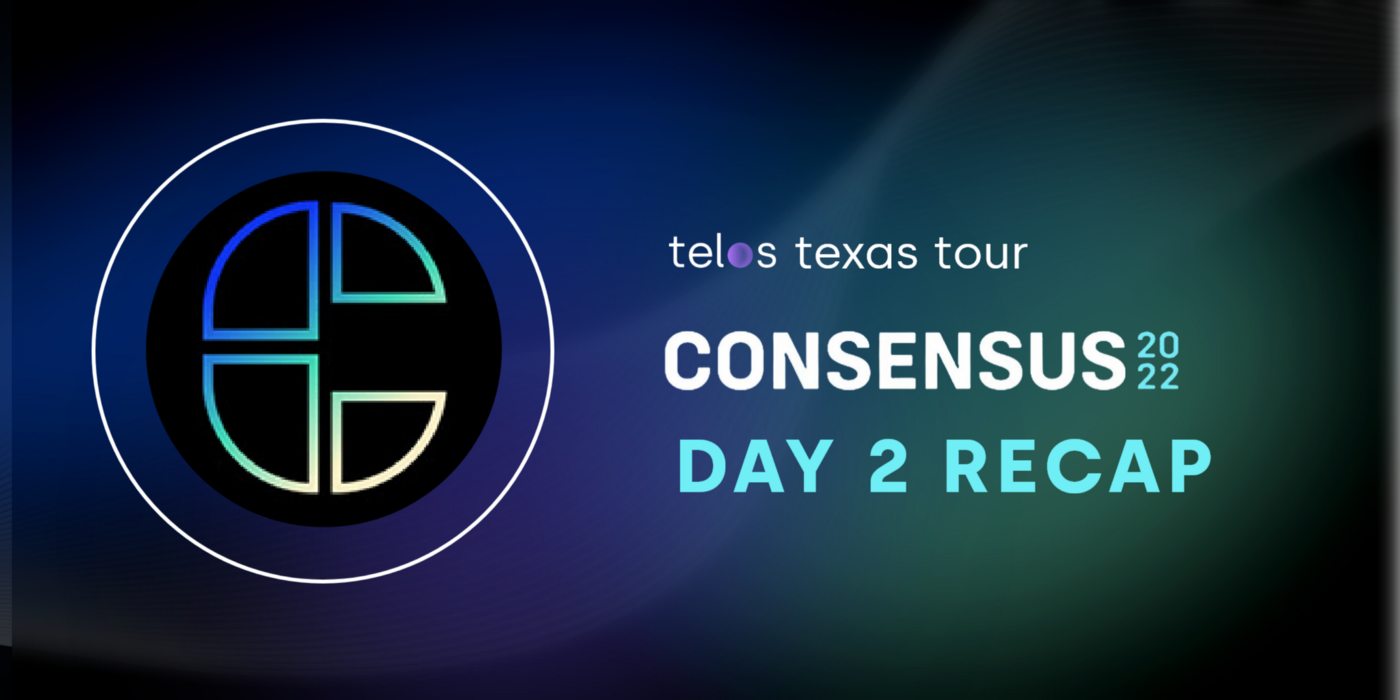 The Second Day Of Our Telos Texas Tour At Consensus

Welcome back to another report from the Telos Foundation’s travels at Consensus — the hottest crypto conference of the year! And we’re not just talking about the temperature of Austin Texas. The energy radiating from the bright minds and crypto builders congregating at the Austin Convention Center is red hot. And Telos is right in the middle of it all!

As with other articles in this series, which you can read here and here, we’re going to let you know what you can expect from Telos’ presence at Consensus. We’ve got some exciting events lined up at Telos World — and we’ll announce the winners of the Kluest treasure hunt.

We’re getting ready for a fabulous second day at Telos World, our very own Telos-themed meeting room at Consensus! Here’s your line-up of must-see events featuring all kinds of crypto interests, from NFTs to social media to gaming. It’s all here at Telos World.

It’s going to be an exciting day — make sure to make the most of it at Telos World! It’s where the magic happens.

Outside of Telos World, we’ll man the Telos Booth all day so that we can make strong connections with all kinds of crypto communities, projects, and more. It’s an all-hands-on-deck kind of day — and the Telos Team is ready to go!

Do you have a suggestion for a speaker we shouldn’t miss? Drop us a link in the comments below, and we’ll do our best to check them out! Conferences like Consensus allow us to connect with the brightest minds in the space, build together, and turn our vision of a DeFi ecosystem that is head and shoulders above the current model into a reality for all users.

The second day of Consensus is going to be just as busy and energetic as the first. We’re almost at the end of our Telos Texas Tour — but the connections we’re making here will inspire whole communities about the faster, fairer future that Telos offers!

Once again, remember to visit Telos World and the Telos booth at Consensus for a whole day of exciting events, ecosystem roundups, and so much more. See you there!

We’ll report back soon with another update to recap our entire Consensus experience! Until then, follow us on all of our socials to stay in the loop about all of the incredible things happening with Telos here in Austin.