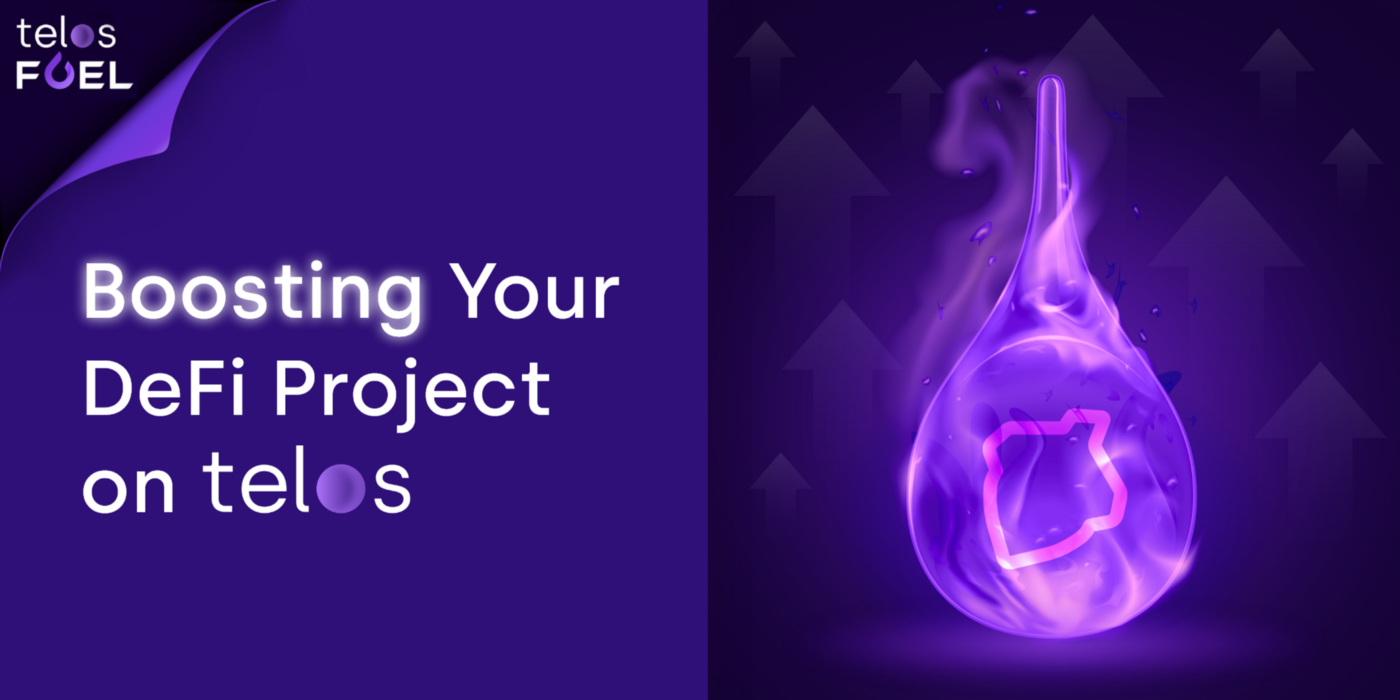 At Telos, we believe it is essential to provide developers with the necessary tools, support, and resources to ensure the long-term success of their decentralized applications. Therefore, as part of our Telos Fuel initiative, we invite all developers who wish to build AMMs Lending protocols and other DEFI DApps to do so on the fastest and most efficient L1 blockchain.

Today, we present developers with an opportunity to get in on the ground floor of a rapidly expanding DeFi ecosystem backed by state-of-the-art technologies and a team of experts in blockchain development, product management, business development, community growth, and marketing.

Follow this link to apply as a Liquidity Partner: https://fuel.telos.net/

AMM and Lending Protocol developers with a working project or clearly defined roadmap are encouraged to register for the Telos Boost Initiative. For developers that meet the requirements, Telos offers a full suite of tools to launch on the Telos Native and EVM chain at full capacity. This includes:

For more information on pre-requisites and the approval process, Developers may contact Telos Operations Director George Vernon or A.J. Dinger through the following channels:

Taking a step back, it is evident that Web3 has attracted a great deal of speculative investment in recent years. This mercenary capital has since left the space. While not ideal, it signifies a return to quality, a renewed emphasis on strong fundamentals, and the potential to create a more optimal DeFi environment for developers and users alike.

What are the building blocks of a tier-1 network?

2. A growing ecosystem of DApps

We believe Telos embodies the aforementioned qualities, and we are confident in our goal of establishing Telos as a blockchain dedicated to developers who seek to maximize growth.

We were proud to reach an important milestone in September when we announced the Telos Fuel Liquidity Incentive Program. It marks the beginning of a new era in our network that has already welcomed significant partnerships, staking protocols, and security protocols. However, there is much more to come over the span of this 14-month initiative, and we encourage all AMM and lending protocol developers who wish to be a part of this unique opportunity to register today.

The Telos EVM is the most powerful and scalable Ethereum Smart Contract platform, built to power Web 3.0. Telos features a robust, third-generation, ESG-compliant evolutionary blockchain governance system, including smart contracts, advanced voting features, and flexible and user-friendly fee models. In addition, Telos supports the blockchain ecosystem by serving as an incubator and accelerator for decentralized applications through development grants. Come build with us.