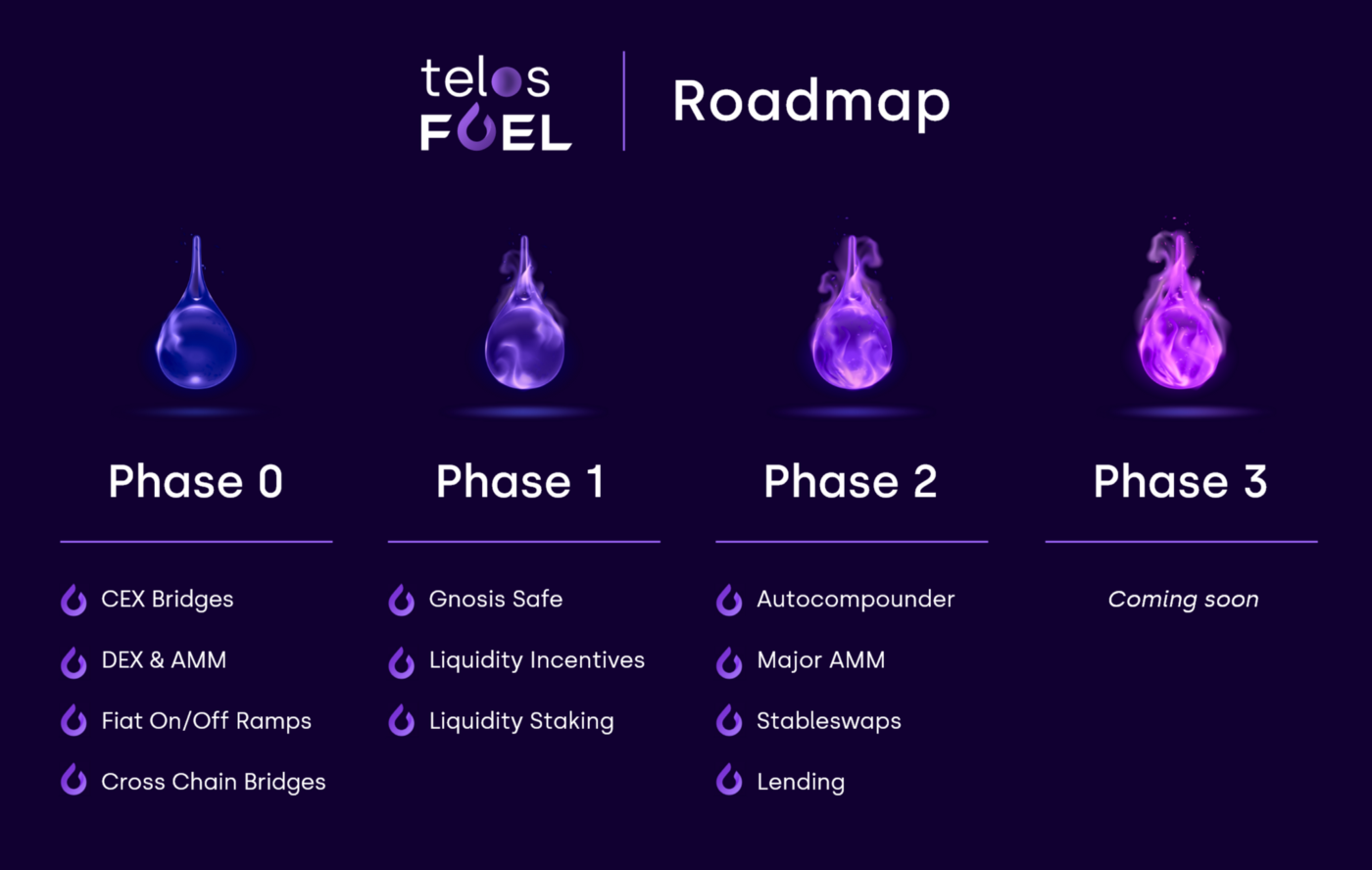 The Telos Fuel Program, our most significant endeavor to date, is now in full swing. The deployment of deliverables aims to enhance the TVL on Telos and encourage the growth of robust DeFi markets. Telos acknowledges the significance of adopting DeFi compostability to ensure high capital utilization, make money sticky, extend our user base, and provide developers with a resource-rich environment to seamlessly build and expand. Through this initiative, Telos will reallocate critical funding and add the missing pieces to establish a thriving DeFi ecosystem.

Our journey begins with Telos’ official announcements of the Telos Fuel and TEDP3 proposals. Both were well received by the Telos community and beyond!

The ERC-4626 sTLOS Liquid Staking went live on September 27th, 2022, solving the imbalance in staking incentives between Telos Native and Telos EVM. The launch was a massive success, with over 11 million TLOS staked by tEVM users (at the time of writing).

Approval of TEDP3 was put to a vote by our community. The ballots were tallied, and on October 5th, we happily announced the proposal passed with a 100% unanimous vote.

The entire Telos community was thrilled to welcome ApeSwap as part of our first major Telos Fuel partnership. Our announcement was also picked up by numerous external blockchain media outlets.

Telos Safe is a multi-sig wallet solution that ensures the balance of power over your wallet or enterprise account is not in the hands of a single individual. This implies that there is little to no risk if one critical employee in your business is compromised. Furthermore, Telos Safe provides customers with a safe environment in which to keep all digital assets (tokens, NFTs) in one location.

We are excited to introduce an sTLOS/TLOS liquidity pool allowing easy swaps and a corresponding farm allowing you to earn additional, juicy APR for your LP-Tokens.

The new sTLOS/TLOS pair on ApeSwap offers users a unique (and lucrative) opportunity to diversify their yield percentage. Users first can stake their TLOS through our liquid staking protocol to earn sTLOS rewards and then use those rewards to farm on ApeSwap.