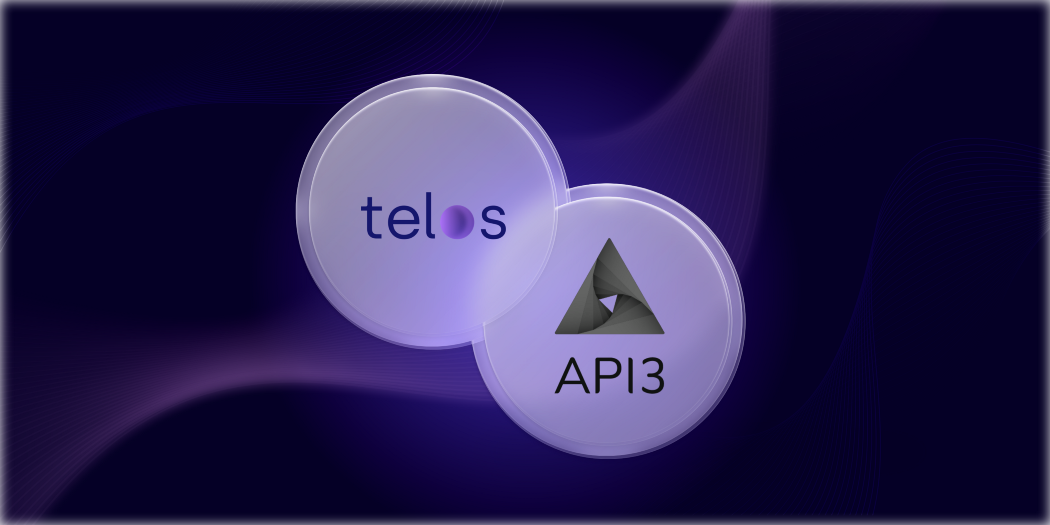 These Web3 APIs can be accessed by decentralized applications in the DeFi, NFT, gaming & metaverse sectors. Ambee, Benzinga, Weathersource, gamescorekeeper or Amberdata would be examples of Web3 APIs accessible via Airnode.

API3 will also be deploying Beacons, its scalable, transparent first-party operated, price data feed protocol to Telos in the future.

Consequently, Telos developers have several good reasons for wanting Airnode deployed on their blockchain. By doing so, Telos will make financial data both more accessible and more affordable, supporting the growth & infrastructure needs of decentralized applications within the ecosystem.

We already have over 120 dapps and a million users on our network before we even launch our Telos EVM. We have multiple daily inquiries and have built out our onboarding process so that use of Telos EVM is frictionless to migrate to. We anticipate many dapps wanting to migrate to a utopian network like Telos. We encourage founder building impactful solutions to apply to our recently launched grants initiative Telos Ignite.

API3 is looking forward to being able to support the growing Telos ecosystem with a huge variety of different data types by bringing the API3 Alliance to Telos. API3 also plans to support the growth of DeFi on Telos by deploying Beacons, the first-party operated data feed protocol to Telos. Beacons are cost-efficient and scalable, enabling support for a large number of different asset prices simultaneously across multiple blockchains.

API3 is the leading first-party oracle solution that makes real-world data accessible by smart contracts. With Airnode, API data can be queried from blockchains without having to use specialist node-operating middlemen. This architecture both eliminates the Sybil-vulnerable third-party node layer and reduces fees by cutting out the “middleman tax” paid to these node operators for their services. API3 is the perfect fit for any blockchain-based data service seeking to sell directly to consumers (since it leaves out node-operating middlemen).

Telos is a 3rd generation smart contract platform that offers compatibility with Solidity, Vyper, and Native C++ smart contracts. It provides full EVM/Solidity support as well as a fee-less native smart contract layer upon which the EVM is built. The blockchain is purpose-built to offer speed, scalability, cost-effectiveness, decentralization, and end-user fairness. In addition, the network can sustainably support hundreds of millions of transactions per day, since it produces blocks in 0.5-second intervals on a first-in-first-out basis.