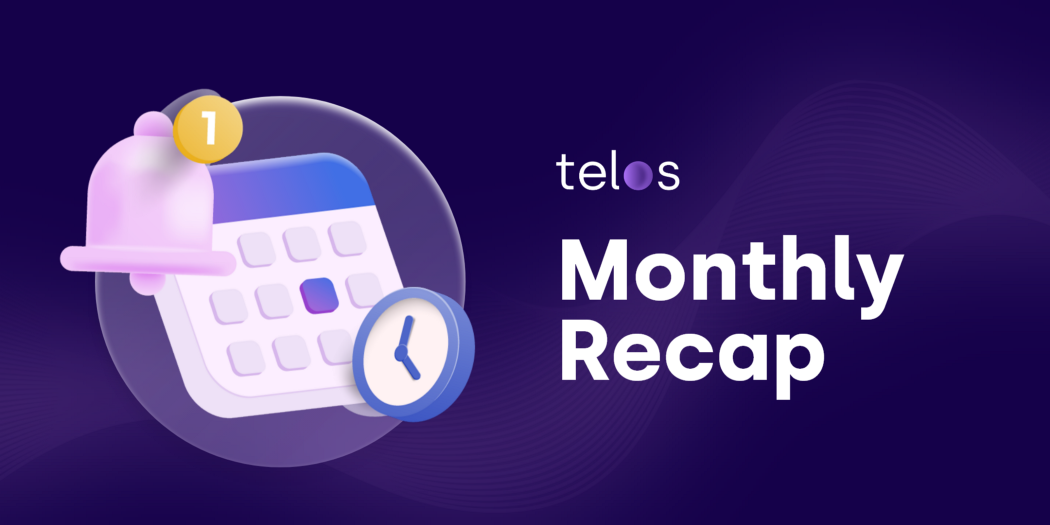 Welcome back to our monthly Telos recap!

February came and went — and with it came another exciting month of news for the Telos community!

We are growing the Telos ecosystem with Spark, Ignite & More

This month Telos Spark has officially launched! Telos Spark is a hackathon designed to encourage Ethereum-based developers to build their dApps or EVM tools on the Telos EVM. Telos Spark offers developers a high incentive with plenty of TLOS up for grabs, valued at USD 200,000. In addition, the project submissions deadline has been extended to April 3rd, 2022, giving plenty of time for those interested to submit!

Another fantastic initiative that launched this month is the grant program Telos Ignite! Telos Ignite is designed to attract developers to build on Telos. Successful applicants will receive funding, mentorship from the community, access to tools, and recognition as a Telos grant winner.

Bring your ideas and build the future on Telos by checking out Telo’s Ignite application page.

This month, the Telos Foundation is eager to announce the stunning rebranding of our Discord server! The Telos Discord server is an excellent way to engage with like-minded individuals within the Telos community. Additionally, this Discord server will act as the after-party for conversations following Telos Tuesdays and Telos Talks.

Join the conversation on Discord here!

This month Telos newly appointed CMO Paul Walton shared the marketing initiatives he has planned for Telos. In his Telos Tuesday interview, Walton highlighted the importance of attracting developers to the blockchain and investing profits back within the Telos community to grow the platform.

For more specifics on his marketing style and goals for Telos, watch Paul’s interview here on Youtube.

Telos is excited to announce an addition to the Telos EVM, Telos Revoke. Telos Revoke is a tool created to give Telos users additional safety and peace of mind while participating in the world of DeFi.

Visit Telos Revoke, and learn more about how it works here!

The Telos EVM gained a new supporter this February, Gate.io! Gate.io is the largest centralized exchange to support the #TelosEVM! Now, users can seamlessly withdraw and deposit TLOS directly to the Telos EVM.

T-Swaps 3.0 has officially launched. T-Swaps allows users to handle their bridging and swapping needs with their Telos Native Tokens. This process, as always, has remained fee-less and fast, a core staple of Telos.

Telos at the Noonies, Consensus, and ETHDenver

Telos will be a block three sponsor at Consensus 22, one of the most influential Web3 and crypto events of the year! This event will be held in person in Austin, Texas, June 9th-12th. We can’t wait to show off the Telos Ecosystem and show the crypto world Telo’s bright future!

Find out more about Consensus 2022 here!

This February, Telos attended ETHDenver, the world’s largest and longest-running ETH event! ETHDenver took place from February 11th to 20th. These events are an excellent opportunity to network and share the perks of choosing Telos!

This month welcomes award season! Telos and Douglas Horn are official 2022 Noonies Awards recipients. Overall, we have won six rewards, including Breakout Blockchain of 2021, Hackernoon’s Decentralizer of 2021, and Best Crypto Wallet of 2021.

Thank you to everyone who voted for Telos to receive these multiple awards!