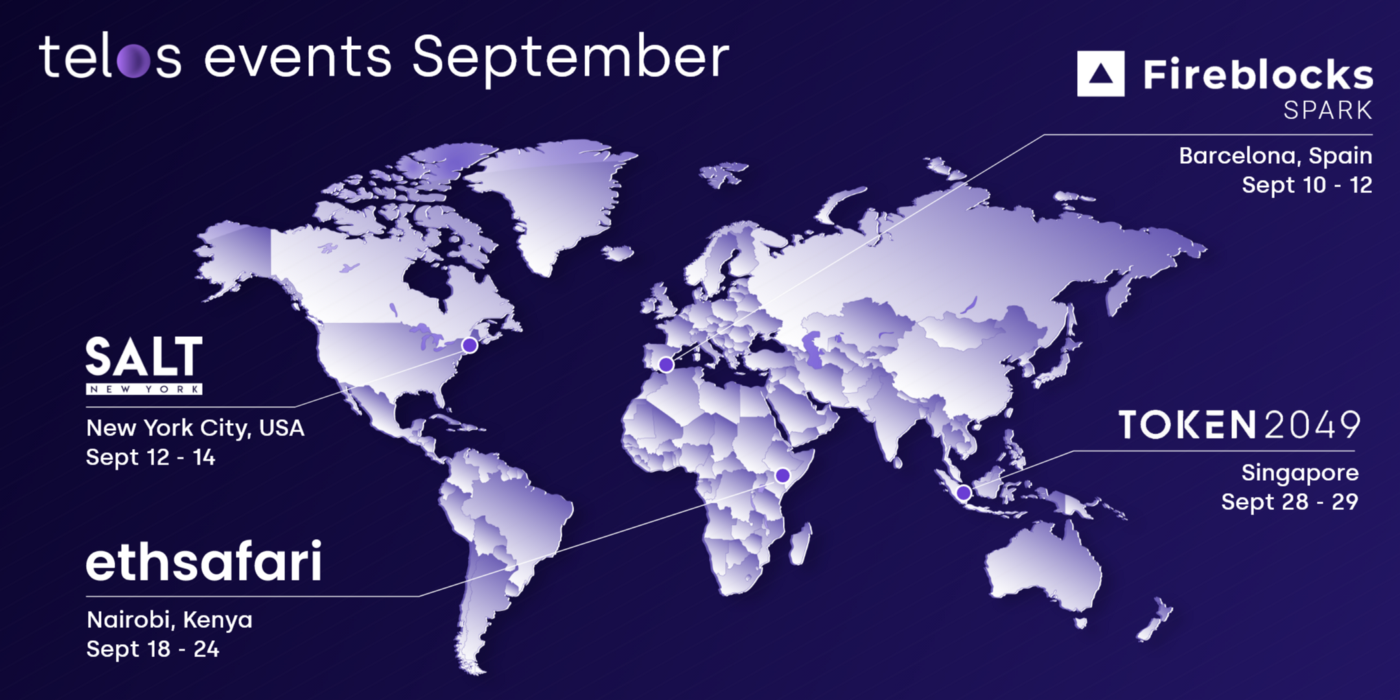 September is critical for our ecosystem as Telos will close Q3 by attending prominent blockchain events worldwide. We will spread out across four continents — North America, Europe, Asia, and Africa — to connect with web3 founders, developers and the community. At these events, we’ll share vital information on the cutting-edge solutions built by Telos and welcome new users, devs and stakeholders into our community. This is just the start of an aggressive event campaign until the end of 2022 and beyond to get Telos to a global audience.

Telos’ Exchange and Liquidities team lead, Sukesh is currently on the ground in Barcelona at the SPARK ’22 Fireblocks User Conference. The conference aims to empower visitors with new operational efficiencies and industry best practices to maximize their technology stack.

Telos Foundation Guardian Betty will round up her best safari gear and set off to Kenya’s capital city for the ETH Safari Conference taking place from September 18th to the 24th. ETH Safari will feature a hackathon, workshops, speeches, and much more! We’re excited to have Betty represent us at such an important blockchain event.

Ross from Telos Validator EOSphere will be representing Telos in Singapore for Token 2049, a DeFi event that attracts over 5,000 people each year. Token 2049 takes place on September 28th and 29th and is widely regarded as Asia Crypto Week’s premier event.

Telos will also attend future web3 events in the coming weeks and months, and we’ll keep our community updated as they get closer. Stay tuned to our social channels for more information, and let us know where you think we should visit next!