The Altcoin bridge is open 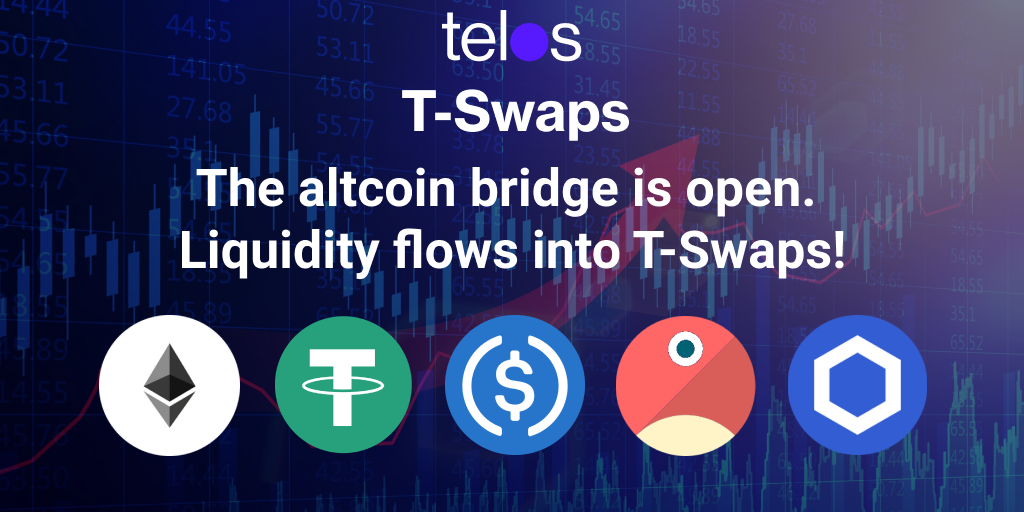 You’ve heard it from us over and over again, and that is because we mean it. At Telos, we are serious about building bridges, creating an interconnected blockchain superhighway.We have started with the most established and popular blockchain of all, Ethereum, but that doesn’t mean we are taking our eye off Telos. Quite the opposite, in fact.We have started by launching the TLOS token on Ethereum; this was shortly followed by DeFi opportunities with Uniswap liquidity pools and yield farming on telos.farmingbad.finance. All of this is part of a strategy to introduce TLOS to the world’s largest blockchain community and, as a result, the Telos blockchain – its capabilities and power.Now, we are ready to unveil the next stage. The altcoin bridge, bringing renewed utility and liquidity to Telos’ very own automated swap pool, T-Swaps.

Utilising and building on our partnership with the great folks at ptokens, the ERC20 altcoin bridge will allow holders of 5 new altcoins to deploy them on the Telos blockchain. What are these 5 altcoins I hear you ask?

A new realm of possibilities for T-Swaps and beyond

Beyond increasing the reach and awareness of the Telos blockchain, what does the opening of the altcoin bridge mean for Telos?

How do I bring my coins across the altcoin bridge?

Much like the TLOS Ethereum to Telos bridge, for now, you will be able to use https://dapp.ptokens.io/ to bridge tokens either way.We are currently adding the bridging function to our official web wallet, as well as options to buy all of these tokens - https://wallet.telos.net.

This is just the beginning

The next tranche of pTokens will arrive in just a few weeks, so stay tuned to our blog and social channels to be the first to find out.What ERC20 token do you want to see on Telos next? Join our community chat and let us know https://t.me/HelloTelos