The Votes Are In: TEDP3 Has Passed 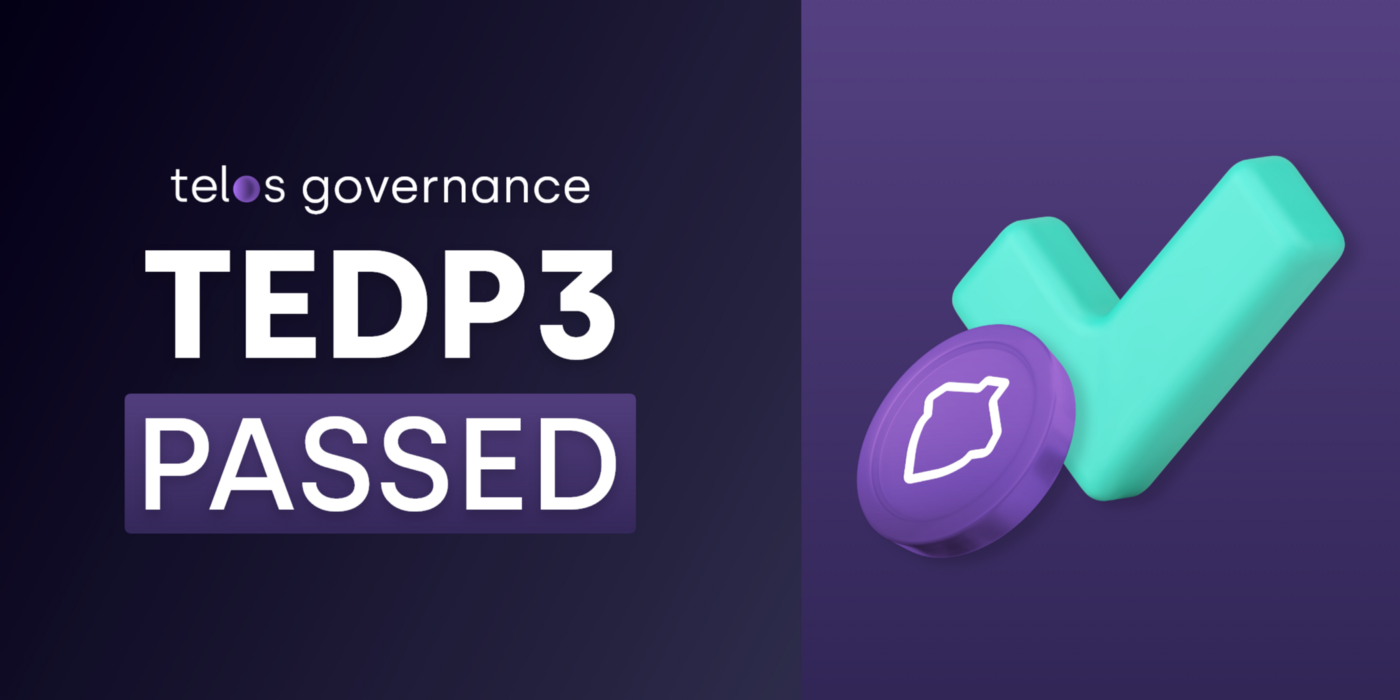 As many of you are aware, last month, we introduced one of our most significant proposals to date, the Telos Economic Development Plan 3 (TEDP3), a reallocation of 54m $TLOS and an amendment of the TBNOA (Telos Blockchain Network Operating Agreement).

The initiative aims to spark unprecedented growth of our DeFi ecosystem by reducing or eliminating costs in some areas to allow for increased spending in others. Specifically, these funds will be allocated to address our most pressing challenges, which include increasing liquidity and TVL, tier-1 listing exchanges, backing from industry whales, increasing the number of available Fiat On- and Off-ramps, and other missing vital metrics that prevent Telos from becoming a more dominant L1 blockchain network.

The Community Has Spoken!

After a community voting round that resulted in a unanimous YES vote, we are pleased to announce that TEDP3 has officially passed. As a result, we are excited to begin implementing the necessary financial adjustments and new protocols — part of which has already begun with the launch of sTLOS Liquid Staking for our tEVM users.

TEDP3 will also increase funding for the Telos Core Developers, reduce the total supply of TLOS and much more. A detailed breakdown of all TEDP3 components can be found through this link.

What’s Next for Telos?

We would like to thank all community members who took the time to cast their votes. TEDP3 creates a pathway for Telos to assemble necessary pieces that greatly improve our network composability. The potential of decentralized finance to change and improve global financial systems is undeniable, and through this proposal and further efforts, Telos aims to build an industry-leading DeFi ecosystem.