Tell Us #WhyTelos, And You Could Win! 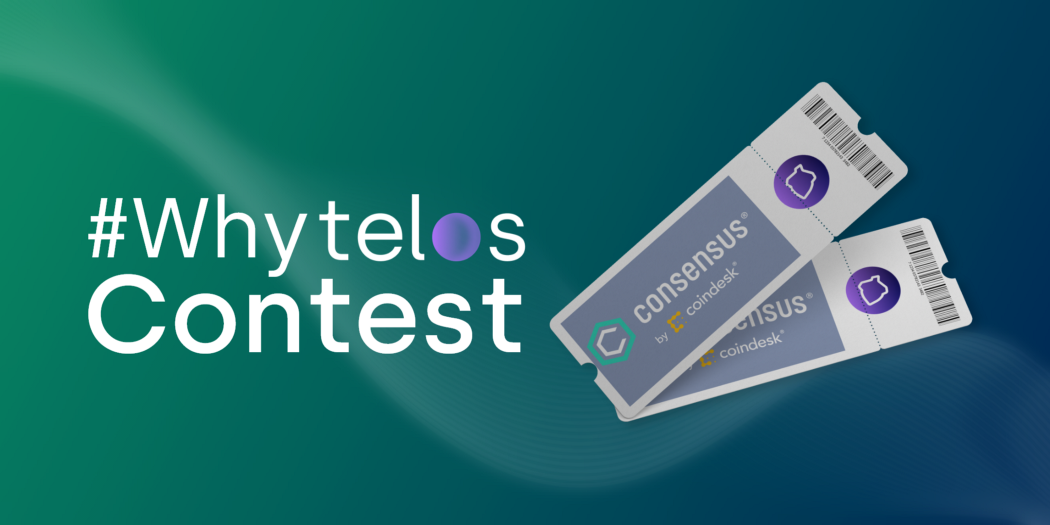 Two lucky winners will join us at Consensus this June — and we’ve got NFTs too.

Consensus approaches — and we want to reward you in the months leading up to Telos’ presence at this year’s most exciting crypto event!

To prepare, we’re asking ourselves the big questions.

What is the Telos brand?

What does Telos mean to the many people who make up our ecosystem?

How has Telos changed your life?

And now we want to hear from you.

We’re so excited to announce a new contest that could win you one of two tickets to meet the Telos team at Consensus!

Here’s How To Enter

Here’s Some #WhyTelos Inspiration For You

Here are some questions you can ask yourself to get started. But, of course, the best answers come from your personal experience with Telos.

Remember — start with “#WhyTelos” and go from there!

What was your life like before Telos — and how is it different now because of Telos?

What is your favorite part of Telos — from the tech to the community to anything else?

What keeps you coming back to the Telos community?

How have you contributed to the Telos ecosystem?

What is your favorite Telos memory, and why?

Each of these questions circle back to our community. Telos is at a critical point in its growth. Over three years of consistent block creation, we’ve attracted visionaries, developers, creatives, DeFi fans, etc. Everyone in crypto can find a home in the Telos ecosystem!

Telos means something different to each of you — whether you’re in love with the lightning-fast Telos EVM, decentralized and secure NFT marketplaces, or our strong community governance.

But as always, we know how important it is to support and listen to you, our Telos community. So running this contest is an excellent way for us to reward you for your thoughts and check in to see why you love Telos!

Enter today, and get ready for Consensus!

Telos Blockchain (TLOS) is a 3rd generation smart contract platform that offers compatibility with Solidity, Vyper, and Native C++ smart contracts, providing full EVM/Solidity support and a fee-less native smart contract layer upon which the EVM is built. Telos’ performance is unrivaled in the industry and was purpose-built to offer speed, scalability, cost-effectiveness, decentralization, and end-user fairness. The network can sustainably support hundreds of millions of transactions per day, produces blocks in 0.5-second intervals on a first-in-first-out basis (eliminating frontrunning on the network), offers a fee-less native, and low per transaction cost EVM (<$0.10), and a fully decentralized block producer network.