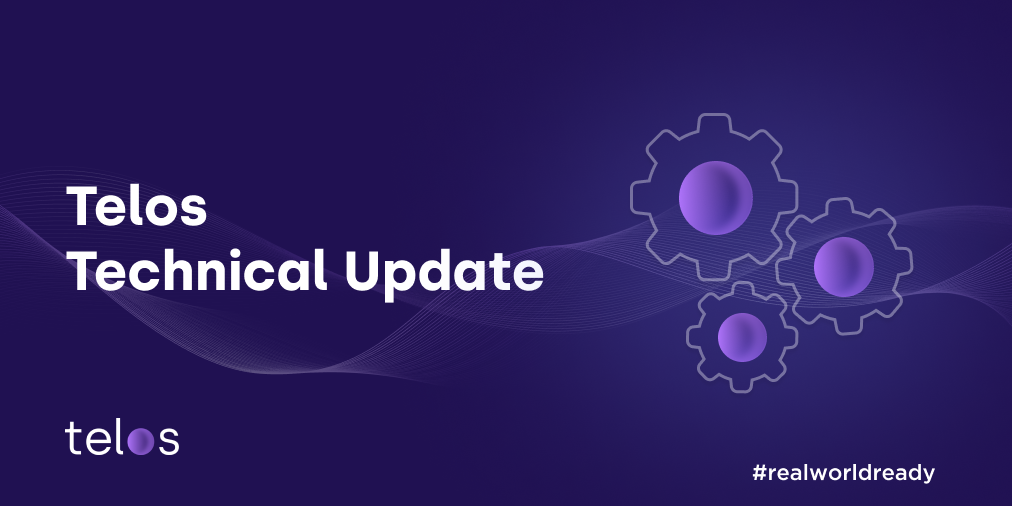 Welcome back to our bi-weekly technical updates. We’ve got some exciting updates for the Telos Ethereum Virtual Machine (EVM) that we can’t wait to share with the community! This will be our last Technical Update focusing purely on the Telos EVM. Starting in two weeks' time, we’ll be releasing general technical updates on the work going into all Telos products.

We’ve upgraded the Telos EVM Contract and the RPC. The explorer is now live on testnet for potential partners to use. At this point, the Telos EVM is considered Feature Complete, the contract is considered Code Complete and all that’s left is for the RPC to receive some performance optimizations, as the Hyperion team finalizes their work.

This news means potential partners can begin running the tests necessary to launch, shortly after the mainnet goes live. But that’s not even the most exciting part of this update...

Sentnl to Audit the Telos EVM!

With the Telos EVM reaching both Feature and Code Completeness, we’re gearing up for mainnet launch. The Telos EVM smart contract and RPC server are already passing 100% of extensive test suits from Truffle, Hardhat and OpenZeppelin, the leading and most comprehensive testing of Ethereum code. However, we wanted to take things a step further to give projects and users peace of mind in both the Telos EVM’s power and reliability.

So, we’re thrilled to announce that we’ve partnered with the top tier auditing agency Sentnl! Their team will be running a thorough audit and fuzz test of both the Telos EVM Smart Contract and our specific RPC server. They are well-versed in Telos native technology and have a ton of experience working with other leading industry EVMs. They’ve also worked on several major industry projects and helped to overcome security risks within smart contracts of all kinds.

All of this makes them the perfect fit for such a unique and ground-breaking development as the Telos EVM. Check out the details below to learn more about the auditing team working behind the scenes to make sure the Telos EVM is ready for mass adoption!

Unlike other scalable EVMs, which are a fork of the original Go Ethereum (GETH) code, the Telos EVM is an entirely new EVM, implemented from the ground up on much faster technology. Because of this, the Telos EVM won’t run into the same scaling issues other EVMs are facing. Telos EVM will also reveal internal transactions and should deliver all the same information users would expect of any EVM.

Being so unique, the launch is also a different process. That’s why we’ve brought in some industry experts to facilitate an in-depth audit before everything goes live. This last step will also help bring in projects, partners or users who may have been sitting on the sidelines up until this point. The team is already hard at work, having gotten started on the audit several days ago.

Once the audit is complete and the Hyperion updates are finalized, the Telos EVM will be set for mainnet launch. We hope you are as excited as we are!