SushiSwap Partners with Telos and Launches on the Telos EVM 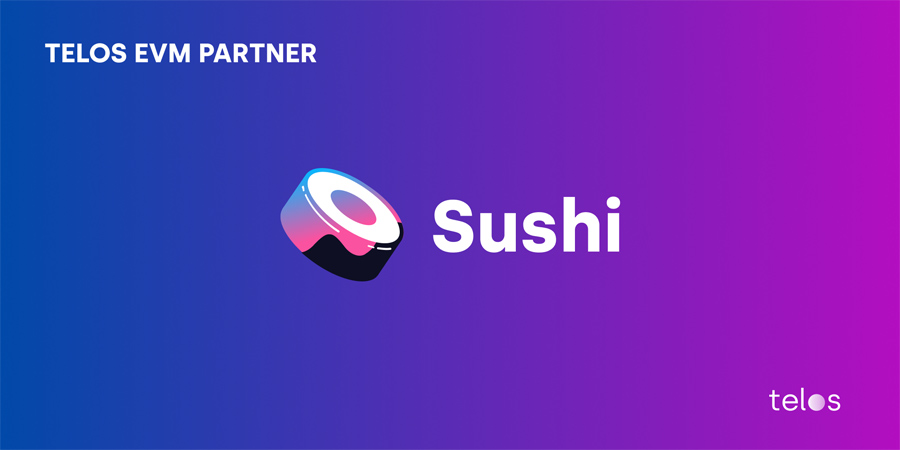 Sushiswap, the number one multichain DeFi/AMM platform, is deploying on the fastest Ethereum L1 ever… the TelosEVM

The Telos EVM on Telos joins a list of top EVM networks including Ethereum, Avalanche, and Polygon in getting SushiSwap support!

Sushiswap is deploying on the Telos EVM, which will allow users to take advantage of Telos EVM’s ludicrous speed, scalability, and no front running! These qualities will be incredible assets when trading crypto on SushiSwap.

SushiSwap is one of the top cross-chain decentralized finance (DeFi) platforms in the crypto space. They currently move over 500 million USD in daily trading volume. Beyond the day to day, SushiSwap holds over 5.7 billion in liquidity.

The following automated market maker (AMM) pools will be available in the immediate future.

With AnySwap launching on the Telos EVM today, technical development is being finalized as liquidity is in the process of being added. We will keep the community informed on this and other developments surrounding this exciting milestone for the Telos ecosystem.

The advantages of using Sushiswap on the Telos EVM

The Telos EVM was built and audited line by line for maximum performance, scalability, and security. We’ve laid out some benefits below that Sushi users will appreciate!

All these benefits will be yours, once SushiSwap launches on the innovative Telos EVM! And the sushi that we’re serving will get tastier in the coming days and weeks. The Telos Exchange team is working hard to provide an incentive program. More details coming soon!

Built, tested and verified by developers for real-world mass adoption, Telos remains to be one of the most decentralized blockchain platforms today encompassing two leading protocol technologies in a single blockchain. Telos supports the blockchain ecosystem by serving as an incubator and accelerator for decentralized applications through community voted development grants. For more information, please visit telos.net.